Our mission is to help stamp out crime from the microcap markets, thereby helping those who try to do it the right way!

There are many legitimate companies which have done their best to run honest enterprises in the microcap sector. But they are being ruined by all the scamming and fraud which has taken place in PennyLand. They can't easily raise money anymore because many of the people who like to take risk in the sector have been wiped out by fraudsters!

Who are the fraudsters? Let's out them. Lets Fry them, Lets ROAST THEM!

The crooked promoters, financiers and criminal small company management have ruined it for the honest guy.

Let's all band together and do what we can to clean up the markets. If you know a legit company and feel it is one of the ones which need defending, discuss it here.

If you know of a scam that needs outed, discuss it here. We stand for Truth Justice and The American Way!

(More will be supplied on a Need-To-Know basis)

It's A tough battle between the Super Heroes and the Evil Ones!!! Stockasaurus Rex meets Supergirl and The Justice League is conceived!

THE VILLAINS OF THE EVIL MICROCAP UNDERGROUND EMPIRE!

Let's have a look! 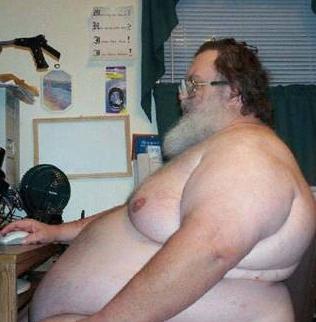 Yassar Rabbani Khawar before his head was turned radioactive by the arch-villain Patrick The Penguin Downs.
Yassar now sells lollipops and shoeshines according to a recently built website

Pat The Penguin, Downs--Original Mugshot
Previously busted for Felony Stock Fraud, Grand Theft and Forgery, this crime boss is back in business!

Convict David Rupley seems to have shared an address with Downs.

James Edward Plant, CEO Of CKYS. Arrested by the FBI

PNMS CEO Mike "Ten Large" Terrell promised shareholders PNMS would provide audited financials on the company in March of 2007, but when it came time to deliver
them, he came up with one of the most outlandish excuses ever given to penny stock players. Terrell had the audacity to tell PNMS shareholders that it
would be "illegal" for the company to deliver on it's promise due to Panamanian law. His subsitute for audited financials was a brief table offered as an unaudited financial statement on the company's website. Such a statement could have been prepared in approximately one hour since none of the numbers were backed with adequate footnotes and could hardly be trusted by anyone with an IQ which exceeeds that of a common gnat. In unusual fashion, PNMS
has not even bothered to upload these unaudited "financials" to pinksheets.com, thereby avoiding being made answerable to as few as possible over the
claims made by the company.

Additional problems concern an announced, but never delivered land dividend. The company's explanation for why this dividend was not given to it's shareholders is wholly inadequate.

With up to 6 billion shares outstanding, PNMS has fallen from a post 7/12/2005 reverse-split high of about 4 cents a share to less than 2 tenths of a penny
while the company claims assets have grown from less than $500,000.00 to more than 100 million "against the law to verify" dollars. Shareholders have
lost nearly everything, but the company keeps its offices in the prestigious Crescent Court complex just outside of Downtown Dallas.

In an attempt to explain the pathetic price performance of PNMS stock, typical cries of "It's from the short sellers" have surfaced. Unfortunately for the
proponents of this suggestion, the most recent short interest report from the NASD shows a total short interest of only 243,968 shares, or about $400.00
worth. This amount of stock sold short would not effect the price of PNMS at all.

Mike Ten Large Terrell of PNMS proves that some microcap CEOs
must believe their shareholders to be little more than village idiots.

Ten LargeTerrell, looking ragged after a presumed all nighter on shareholder money.

USXP CEO Richard Altomare
For several years, Altomare told shareholders he was a former US Marine Captain. The United States Marine Corp denied it and he dropped it from his bio.
Adjusted for a one for 70 reverse split in 1998, as of 6/30/2006, the USXP shell had issued 979.575 billion shares since it was created. It is worse now.
The current O/S is over 16 billion shares. This has made Altomare a very rich man, but with the USXP stock price mired at a tenth of a penny, his
shareholders have not been so lucky.

The CEO may lose millions for the company while shareholders are wiped out and he lives high on the hog, but investors can take heart in one thing.
USXP has sponsored a race car complete with all the side benefits for Mr. Altomare!

His scams are busted, but he is still at large. BEWARE! He could be lurking in a topless bar near you

UPDATE! PINO HAS NOW BEEN ARRESTED!
A life of fraud and drug abuse has certainly taken it's toll on this con artist CEO Rufus Paul Harris presided over one of the most devastatingly fast pump and dumps in Penny Stock History! While always giving his shareholders
a parting drunken wish of "Godspeed", Harris insisted CSHD had assets of up to 5 billion dollars and phantom interest income in the millions which would
allow the company to build a moonbase among other absurd claims.

With victimized churchgoers buying in a frenzy, the stock zoomed from .08 to 4.00 but the SEC did not agree with Harris and sued the company and
Rufus Paul in Federal Court ordering him to cease and desist from making such claims.

Recently, information has come to light that a Federal Grand Jury has been convened to consider criminal charges against those behind the CSHD scam.
The sordid affair has buried shareholders with CSHD now trading at a price of approximately 2 to 5 cents.

Rufus Paul Harris with his ever present best friend, a glass of Crown Royal. Rufus recently spent
two weeks in jail for his part in a bar fight in a Georgia tavern on New Years Eve, 2006.

Never one to be found without drink in hand, Rufus drunkenly blundered his way into infamy

Another enemy of the Super Hero Justice League!

Former Briner Group clients and victims are suing. The most famous of which is The World Hockey Association (WHKA), led by former hockey great
Bobby Hull. The WHA claims Briner and his associates have caused immeasurable damages to their league and company which caused WHKA stock to
plummet from approximately one dollar to below one penny.

In another New Jersey action, a controlling shareholder of BGUE claims her personal stock was stolen by Briner and he that basically hijacked the shell
and issued stock to related parties with whom there was no arm's length distance in a scheme to enrich Briner and his partners at the expense of the real shareholders of BGUE.

GDVM stock plunged from a split adjusted $2500.00 per share to a mere 1.65 during the one year preceeding the resignation of Boss Lex Luthor Briner. Less
than one month later, the stock was buried at 52 cents as the disaster continued. Shareholders were completely wiped out as all attempts to average down
proved fruitless! Briner stepped down from GDVM on 4/03/07 in what appears to us to be a forced resignation. Briner is a 30 year-old Vancouver Securities
Lawyer and also runs John D Briner Law Corp., a firm specializing in securities law. Boss Briner has previously postured himself in the media as an
anti-fraud activist. Heaven help us all! Within approximately 30 days, the SEC has halted two companies under Operation Spamalot in which GDVM has
claimed a substantial interest. Even more GDVM "portfolio companies" have been flagged for spam by spamnation.com.

We will stop at nothing to catch all outlaws. Lil Kim is next!, THE SUPERHEROS OF THE JUSTICE LEAGUE!

This is us after a hard days work. Time to debrief and reload for another villain.

And then we go party! No one can do it like us!

Our fans show their appreciation for our crime fighting skills.

JOIN THE WORLD'S MOST APPRECIATED TEAM OF FRAUD BUSTERS!

THE FATE OF THE MICROCAP UNIVERSE IS IN YOUR HANDS! Relaxing After A Tough Day

Waiting For Their SuperHeros To Return From Missions