The Mineral Information Institute describes pure graphite a form of the element carbon (atomic number 6) and its symbol is C. It forms in veins in metamorphic rocks as the result of the metamorphism of organic material included in limestone deposits.

It is an extremely soft mineral at 1 to 2 on Mohs' hardness scale. It is black and has a black streak. (Streak is the color of a mineral when it is crushed to a powder). Its softness and streak make graphite useful in making "lead" for pencils. Crystals are uncommon, but when they occur, they are found as rough, six-sided (hexagonal) flakes, as in the drawing. It breaks into minute, flexible flakes that easily slide over one another. Mineralogists call this basal cleavage. This feature is the cause of graphite's distinctive greasy feel. It is this greasy characteristic that makes graphite a good lubricant. Because it is a solid material, it is known as a dry lubricant. Graphite is the only non-metal element that is a good conductor of electricity. In nature, graphite is found in two distinct forms, flake graphite and lump graphite. Lump graphite is more compact than flake and lacks the distinctive flaking mentioned earlier.

Graphite was named from the Greek verb graphein meaning to write because it was used in the manufacture of pencils. The name was given by Abraham Gottlob Werner in 1789.

Its "Old World" (that is, old European) name was plumbago which means black lead, a reference to its use in pencils.

It is estimated that the world reserves of graphite exceed 800 million tons. China is the most significant graphite-producing nation, providing nearly one-half of the United States' annual graphite demand. Flake graphite is also imported to the United States from Brazil, Canada, and Madagascar. Lump graphite is imported from Sri Lanka. Graphite resources in the United States are very small. At one time a significant deposit at Ticonderoga, New York, was exploited, but this source no longer produces graphite. For a number of years, the United States has not produced natural mineral graphite and is completely dependent on the combination of imported, synthetic graphite, and recycled graphite sources.

Because graphite flakes slip over one another, giving it its greasy feel, graphite has long been used as a lubricant in applications where "wet" lubricants, such as oil, can not be used. Technological changes are reducing the need for this application.

It is also used to make brake linings, lubricants, and molds in foundries. A variety of other industrial uses account for the remaining graphite consumed each year.


A number of multinationals are active in graphene research and development (e.g. Intel and IBM in computing, Dow Chemicals and BASF as suppliers of basic graphene material, and Samsung in consumer electronics).

Graphene's emergence as the "new silicon" and Focus Metals' participation at the graphene development and patenting level primes our company - and our shareholders - to reap the rewards from emerging applications that will replace aging computing, communications and industrial technologies.

According to the renowned research scientist Dr. Gordon Chiu, head of Focus Metals' Graphene Joint Venture, the quality of the graphite source - which Focus Metals holds in abundance - directly affects the quality and performance state of graphene, an allotrope of carbon that holds unique physical properties.

Graphene is considered to be one of the strongest substances known to science. It occurs naturally in graphite; is 200 times stronger than steel and is so thin it is transparent, but, unlike its source, diamond, it is flexible and electrically conductive.

It is anticipated the first consumer products using graphene will be released by the fourth quarter of 2011 or early 2012 as components of computing or communications devices.

As a transistor, graphene holds remarkable advantages over silicon in terms of processing speed and, more importantly, by obviating the need for internal cooling fans as it functions at room temperature.

As a component for industrial, aviation and infrastructural use, for example, graphene's lightness and strength provide opportunities for those sectors to re-think engineering design and functionality.

Graphene for use in graphene-saturated battery and super-charging capacitor applications sFor investors in those sectors, the long-term cost-savings inherent with those sectoral applications are incalculable at this time.

The trillion dollars spent globally on research and development on fullerenes and carbon nano-tubes during the last two decades laid the scientific groundwork for today's application development of graphene.

The difference today is that graphene provides a stable, practical and useful material which has, as of yet, no equal in nature, in science, or in manufactured applications.

Graphene, according to some observers, will change the way we live.

But what is it?

Focus Metals Inc., through its New York-based joint venture headed by Dr. Chiu, its Chief Scientist, surprised the scientific community in early 2011 when it announced its entrance into the graphene development arena - a domain dominated by industrial heavyweights IBM, Intel and Samsung.

The FMS Joint Venture, however, distinguishes itself with an understanding it has no competitors in its class, and its commercial development interests, under Dr. Chiu's direction, are focused on high-value, near-to-market graphene applications.

(The proprietary nature of some 25 specific projects at this time preclude the company from identifying its commercial development targets).

The joint venture's goal, said Dr. Chiu, "is to find a basket of self-sustaining technologies that require Focus Metals' participation to help them scale to their ultimate objectivies."

"They will need tons - not kilos - of graphene for their manufacturing processes," Dr. Chiu said. "And the quality of the graphite will directly affect the graphene. We (Focus Metals) have a significant advantage here."

Graphene is a remarkable substance.

Tens of billions of dollars are currently being spent on graphene research globally at university laboratories and in corporate research and development facilities in three principal sectors, namely: consumer electronics; computing devices and, industrial materials.

Additional research on a smaller scale is being applied to bio-medical application discoveries throughout the world.

@NASCAR @Xfinity series qualifying at #Daytona500 in the #40 @BrailleBattery/@GRAFOID @Dodge! 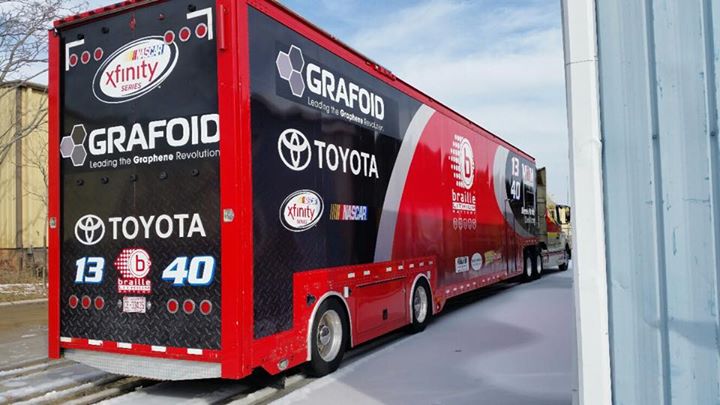 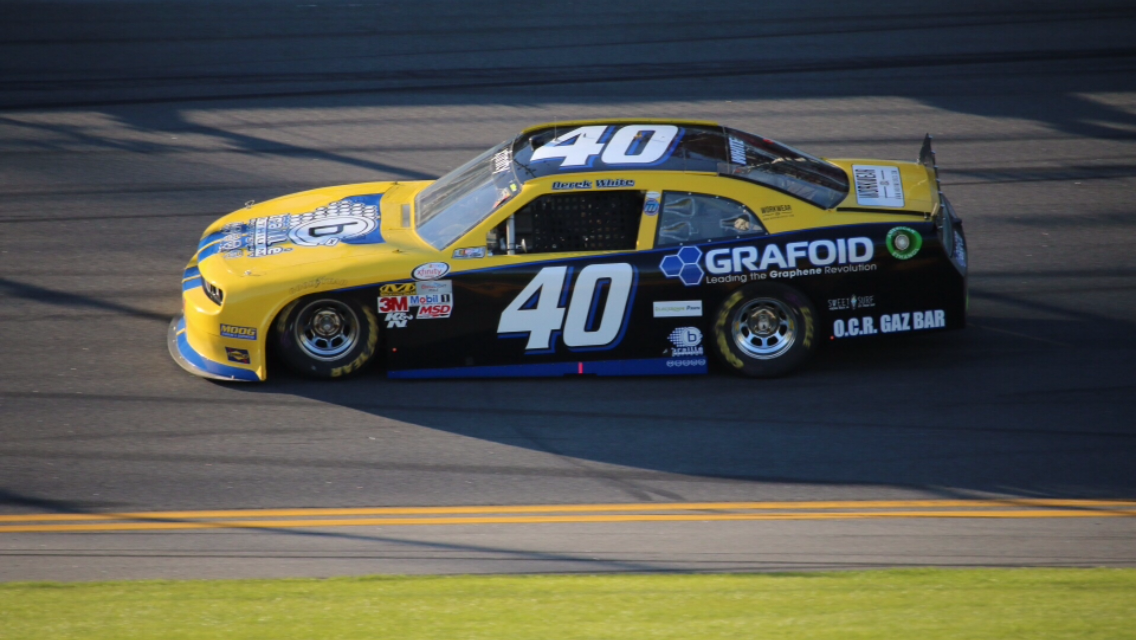