Liquidmetal® Technologies (ISO 9001:2008 certified) is a leading force in the research, development and commercialization of amorphous metals. Our revolutionary class of patented alloys and processes form the basis of high performance materials in a broad range of medical, military, consumer, industrial, and sporting goods products.

Discovered by researchers at the California Institute of Technology, Liquidmetal alloys’ unique atomic structure enables applications to achieve performance and accuracy levels that have not been possible before. The revolutionary class of patented materials technology redefine performance and design paradigms institutionalized by traditional materials.

CORPORATE GOVERNANCE - BOARD OF DIRECTORS

Professor Lugee Li, Chairman
Professor Li was appointed as a member of our board of directors in March 2016 and became Chairman of our board of directors in October 2016. Professor Li is the founder, Chairman, and majority stockholder of DongGuan Eontec Co. Ltd., a Hong Kong company listed on the Shenzen Stock Exchange engaged in the production of precision die-cast products and the research and development of new materials. Professor Li founded Eontec in 1993 and has served as Chairman since that date. At Eontec, Professor Li is responsible for strategic development and research and development. Professor Li is also the founder and sole shareholder of Leader Biomedical Limited, a Hong Kong company engaged in the supply of biomaterials and surgical implants. Professor Li serves as an analyst for the Institute of Metal Research at the Chinese Academy of Sciences and serves part-time as a professor at several universities in China.

Isaac Bresnick
Currently serves as Legal and Regulatory Affairs Director for the Leader Biomedical Group, a private company based in Hong Kong and operating from Amsterdam, the Netherlands, and has served in that role since October 2014. At Leader Biomedical, Mr. Bresnick is responsible for the direction and management of legal affairs, regulatory affairs, quality control, and quality assurance, as well as for advising executive management of Group companies. Mr. Bresnick also currently serves as Director of AAP Joints GmbH, a private company in Berlin, Germany, and has served in that role since July 2013. Mr. Bresnick received his J.D. from the University of Connecticut School of Law in 2013, and his B.S. in Industrial Design from the University of Bridgeport in 2008. After completion of his undergraduate studies and continuing through his enrollment at UCONN Law, Mr. Bresnick worked as Senior Arrangements Designer for Electric Boat Corporation, a subsidiary of General Dynamics, from June 2008 to December 2012.

Vincent Carrubba
An experienced corporate leader and serial entrepreneur with extensive senior executive, technical and manufacturing experience. Mr. Carrubba has created and guided new products to success in the consumer goods, electronics, automotive and construction industries and has conceptualized, financed and built factories and developed new manufacturing technologies throughout Asia. From September 2014 through the present, Mr. Carrubba has served as the CEO of Admiral Composite Technologies Inc. (“Admiral”), where he has developed new technologies for environmentally responsible and innovative building materials which represent Admiral’s product lines. Mr. Carrubba has also served as Admiral’s Chairman since its inception in 2009. From September 2014 through the present, Mr. Carrubba has served as the CEO of Asia Sourcing & Communications USA Inc. and he has served as its Chairman since its inception in 2013. From 2002 through August 2014, Mr. Carrubba served as the Director of R&D for Interdynamics Inc., IDQ Holdings, where he was responsible for all R&D and QC matters, including the management of engineering, legal, patenting, regulatory, insurance and consumer relations matters. From 1989 through 1992, Mr. Carrubba designed and installed the New York Stock Exchange telecommunications and information technology systems. Mr. Carrubba has held engineering and executive positions with Xerox, General Electric, Bristol-Meyers Squibb and AT&T and he is the inventor of several patents related to telecommunications, professional tools and consumer products. Mr. Carrubba received a Bachelor of Arts degree in Engineering Science and a Bachelor of Science Degree in Mechanical Engineering from Columbia University SEAS in 1982.

Tony Chung
Mr. Chung was appointed to our board of directors in August 2017. Mr. Chung had previously served as the Company’s Chief Financial Officer from December 2008. Prior to joining the Company, Mr. Chung served as CFO at BETEK Corporation, a real estate and investment subsidiary of SK Engineering and Construction, and as CFO of Solarcity, a company providing advanced solar technology and installation services. Mr. Chung is a Certified Public Accountant and served eight years at KPMG as an Audit and Consulting Manager for several large multinational companies. He received his B.S. degree in Business Administration from the University of California, Berkeley. Mr. Chung is also an Attorney at Law and received his J.D. degree from Pacific Coast University School of Law. 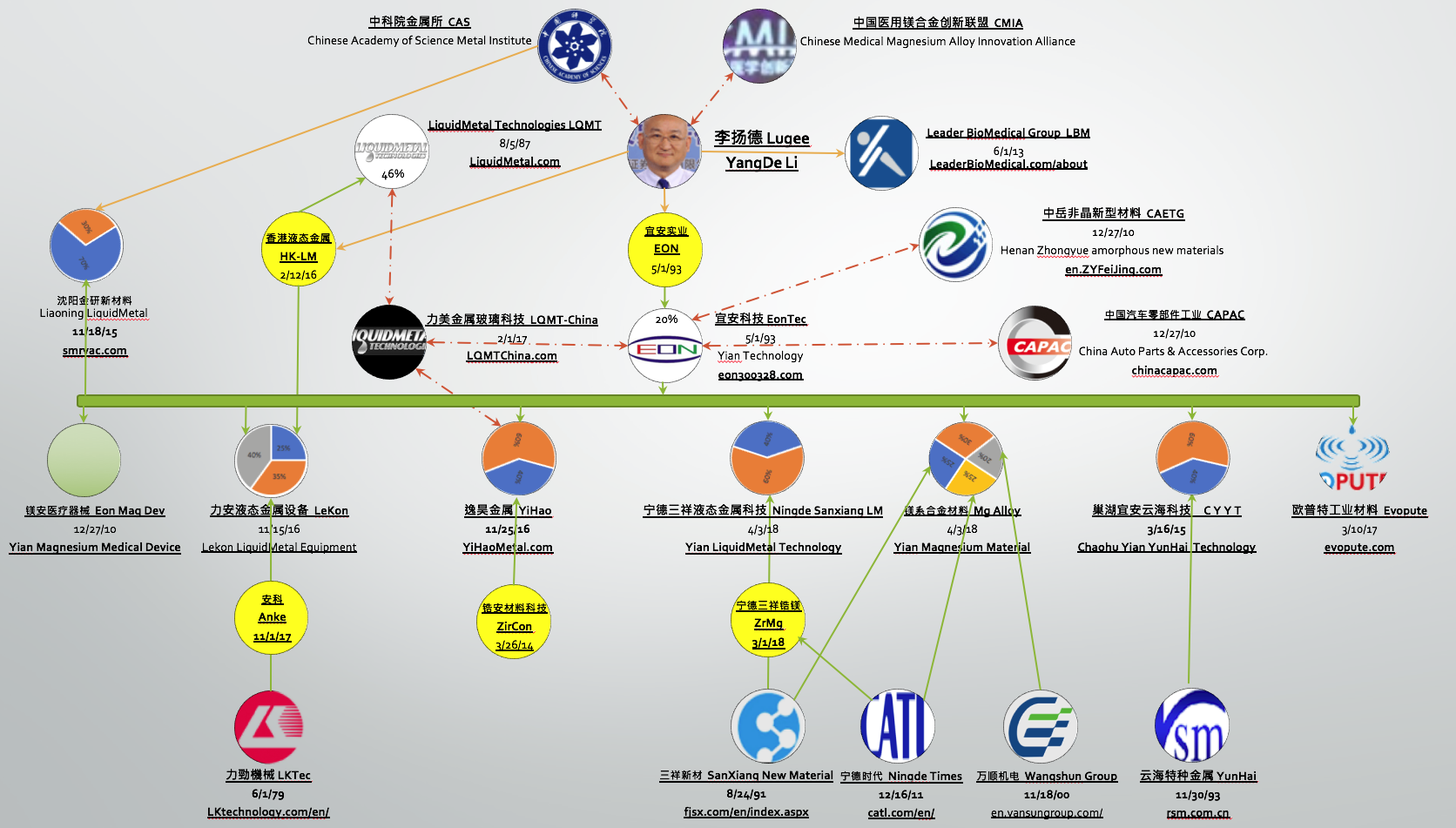