UOIP is no longer trading on Gray Market


THE LATEST AND GREATEST NEWS ON UOIP'S DAVID VS 13 GOLIATHS:

On to a full trial v 13 others or a settlement Executive Profile: The late "Rob" Howe was
the CEO, President, and the Secretary of the
UnitedOnline, Inc. until his passing in 2018.

A History: UnifiedOnline, Inc. (the “Company”) began trading publicly in April 2002.  During the six months ended Dec. 31, 2015 we had three wholly owned operating subsidiaries, Computers & Telecom, Inc. and KCNAP, LLC, (collectively “CTC) and IceWEB Storage Corporation (formerly known as Inline Corporation).  CTC provides wireless and fiber broadband service, co-location space and related services and operates a Network Access Point (“NAP”) where customers directly interconnect with a network ecosystem of partners and customers.  This access to Internet routes provides CTC customers improved reliability and streamlined connectivity while significantly reducing costs by reaching a critical mass of networks within a centralized physical location.  In addition, through our IceWEB Storage Corporation subsidiary we deliver on-line cloud computing application services, other managed services such as Disaster Recovery, Archive Storage, Redundant File Storage, Redundant Broadband Services and Business Continuity Services.CTC operates a wireless internet service business, providing WIMAX broadband to small and medium size businesses in the metro Kansas-City, Missouri area.  In addition, CTC offers the following solutions: (i) premium data center co-location, (ii) interconnection and (iii) exchange and outsourced IT infrastructure services. We leverage our NAP which allows our customers to increase information and application delivery performance while reducing costs.  Our platform enables scalable, reliable and cost-effective co-location, interconnection and traffic exchange thus lowering overall cost and increasing flexibility. On Oct. 27, 2015, the Company acquired 100% of the membership interest ChanBond, LLC (ChanBond), a portfolio of patents that disclose technology that allows cable companies to provide high-speed data transmission over their existing hybrid-fiber coaxial networks. The Company entered into a purchase agreement with Deirdre Leane and ChanBond, LLC, pursuant to which the Company purchased Chanbond, in exchange for $5,000,000 payable on or before Oct. 27, 2020, and a shares payment of forty-four million, seven hundred thousand (44,700,000) shares of the Company’s common stock. William R. Carter, Jr. (a related party to the Company) was appointed as sole manager who shall have sole and exclusive authority over the business of ChanBond. ChanBond consists of a portfolio of patents that disclose technology that allows cable companies to provide high-speed data transmission over their existing hybrid-fiber coaxial networks. The purchase of ChanBond included acquisition of intangibles currently valued at $5,223,500. The initial accounting for the business combination of ChanBond with the Company is not complete as the Company is working on obtaining valuation reports to support amounts. The Company may record possible contingent assets due to the lawsuits to which ChanBond is currently a plaintiff.  ChanBond contends that virtually every cable multi-system operator (MSO) in the U.S. utilizing DOCSIS 3.0+ is infringing upon its patents, and accordingly, on Sept. 21, 2015 ChanBond filed lawsuits in U.S. District Court in Delaware against the 13 largest cable MSOs in the country.
AMENDED LITIGATION SCHEDULING ORDER(S)

- Court started Calendar Stage with date of hearing to be scheduled by Oct 2019 and requesting scheduling conflicts.
- Both sides submitted their conflicts in March.
- Court hears argument only in 1st week of a month (except July is 2nd week)
- Court Calendar currently does not show Chanbond /Cisco in June or July schedule- that leaves Aug, Sept, & Oct.

If curious, check Court Calendar out at:
United States Court of Appeals for the Federal Circuit
http://cafc.uscourts.gov/argument/upcoming-oral-arguments 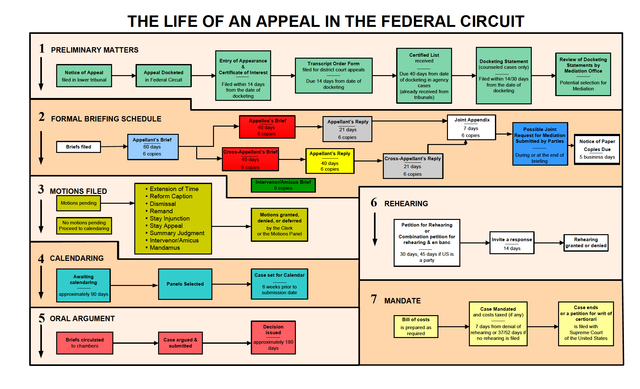 The life of an appeal in the United States Court of Appeals for the Federal Circuit
http://www.cafc.uscourts.gov/sites/default/files/rules-of-practice/notices/Life_of_an_Appeal_Narrative_and_flowchart.pdf


DUE DILIGENCE LINKS FOR DOING RESEARCH

Law360, New York (March 30, 2017, 5:59 PM EDT) -- The Patent Trial and Appeal Board has denied six petitions for inter partes review launched by Cisco Systems Inc., shooting down the company’s bid to invalidate two high-speed networking patents held by ChanBond LLC. In declining to review the two relevant patents, the PTAB said Wednesday that Cisco failed to show that the patents are likely invalid after ChanBond asserted the patents against a group of telecom companies. ChanBond has been active in asserting the patents against major cable companies including Charter Communications Inc., Time Warner Cable Inc., Comcast Corp. and others, court records show. In response, Cisco filed six separate IPR challenges with the Patent Trial and Appeal Board in September 2016. Now, the PTAB says Cisco has not proved that it can be successful in invalidating the challenged claims. Both of the challenged patents cover a “system and method for distribution of digital signals onto, and off of, a wideband signal distribution system,” according to case documents. Andrea Pacelli, an attorney with Mishcon de Reya New York LLP who represented ChanBond, told Law360 on Thursday that the board’s decision focused on two elements: claims construction regarding the term “RF channel” and analysis of potential prior art references that Cisco had put forth. The board found that the term “RF channel” should be given the "broadest reasonable interpretation." As such, it does not include “code channels” such as data streams and only applies to frequency bands. The PTAB also said that asserted prior art references can’t be combined to reach the patents at issue. “We agree with patent owner that petitioner does not show adequately that any of the cited portions of the prior art references teach modulating digital information into at least two separate RF channels as required by each of the challenged claims,” the board said. Robert Whitman, ChanBond lead attorney, said in a Thursday statement that the company was pleased that the PTAB agreed with ChanBond "on virtually all issues." “The board’s decision confirms the strength of ChanBond’s patents,” he said. Counsel for Cisco declined to comment Thursday. The patents-in-suit are U.S. Patent Nos. 8,341,679 and 8,894,565. ChanBond is represented by Robert Whitman, Timothy Rousseau, Andrea Pacelli and John Petrsoric of Mishcon de Reya New York LLP. Cisco is represented by Wayne Stacy and Kathryn Juffa of Baker Botts LLP. The cases are Cisco Systems Inc. v. ChanBond LLC, case nos. IPR2016-01889/IPR2016-01890/IPR2016-01898/IPR2016-0189/IPR2016-01899/IPR2016-01900, before the Patent Trial and Appeal Board. --Editing by Sara Ziegler
LINK TO CHANBOND CASE INFORMATION ON PACERMONITOR.COM:

https://www.pacermonitor.com/public/case/9426386/ChanBond,_LLC_v_Atlantic_Broadband_Group,_LLC
The number of shares of the registrant’s Common Stock, $.001 par value: 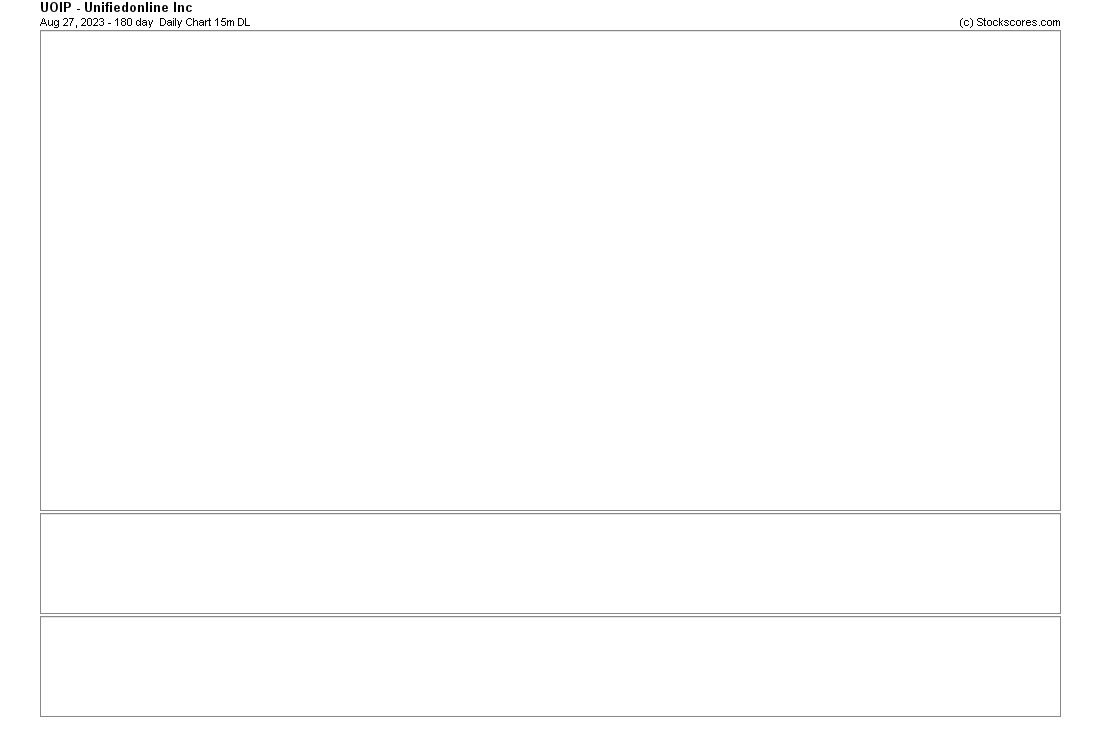 
10/9/2018 Certificate of Interest (Form 9) with share relationship between Chanbond and UOIP: