Bitcoin is a form of digital currency, created and held electronically. No one controls it. Bitcoins aren’t printed, like dollars or euros – they’re produced by people, and increasingly businesses, running computers all around the world, using software that solves mathematical problems.

It’s the first example of a growing category of money known as cryptocurrency.

What makes it different from normal currencies?

Bitcoin can be used to buy things electronically. In that sense, it’s like conventional dollars, euros, or yen, which are also traded digitally.

However, bitcoin’s most important characteristic, and the thing that makes it different to conventional money, is that it is decentralized. No single institution controls the bitcoin network. This puts some people at ease, because it means that a large bank can’t control their money.

A software developer called Satoshi Nakamoto proposed bitcoin, which was an electronic payment system based on mathematical proof. The idea was to produce a currency independent of any central authority, transferable electronically, more or less instantly, with very low transaction fees.

No one. This currency isn’t physically printed in the shadows by a central bank, unaccountable to the population, and making its own rules. Those banks can simply produce more money to cover the national debt, thus devaluing their currency.

Instead, bitcoin is created digitally, by a community of people that anyone can join. Bitcoins are ‘mined’, using computing power in a distributed network.

This network also processes transactions made with the virtual currency, effectively making bitcoin its own payment network.

So you can’t churn out unlimited bitcoins?

That’s right. The bitcoin protocol – the rules that make bitcoin work – say that only 21 million bitcoins can ever be created by miners. However, these coins can be divided into smaller parts (the smallest divisible amount is one hundred millionth of a bitcoin and is called a ‘Satoshi’, after the founder of bitcoin).

What is bitcoin based on?

Conventional currency has been based on gold or silver. Theoretically, you knew that if you handed over a dollar at the bank, you could get some gold back (although this didn’t actually work in practice). But bitcoin isn’t based on gold; it’s based on mathematics.

The software is also open source, meaning that anyone can look at it to make sure that it does what it is supposed to.

What are its characteristics?

Bitcoin has several important features that set it apart from government-backed currencies.

The bitcoin network isn’t controlled by one central authority. Every machine that mines bitcoin and processes transactions makes up a part of the network, and the machines work together. That means that, in theory, one central authority can’t tinker with monetary policy and cause a meltdown – or simply decide to take people’s bitcoins away from them, as the Central European Bank decided to do in Cyprus in early 2013. And if some part of the network goes offline for some reason, the money keeps on flowing.

Conventional banks make you jump through hoops simply to open a bank account. Setting up merchant accounts for payment is another Kafkaesque task, beset by bureaucracy. However, you can set up a bitcoin address in seconds, no questions asked, and with no fees payable.

Well, kind of. Users can hold multiple bitcoin addresses, and they aren’t linked to names, addresses, or other personally identifying information. However…

…bitcoin stores details of every single transaction that ever happened in the network in a huge version of a general ledger, called the blockchain. The blockchain tells all.

If you have a publicly used bitcoin address, anyone can tell how many bitcoins are stored at that address. They just don’t know that it’s yours.

There are measures that people can take to make their activities more opaque on the bitcoin network, though, such as not using the same bitcoin addresses consistently, and not transferring lots of bitcoin to a single address.

Your bank may charge you a hefty fee for international transfers. Bitcoin doesn’t.

You can send money anywhere and it will arrive minutes later, as soon as the bitcoin network processes the payment.

When your bitcoins are sent, there’s no getting them back, unless the recipient returns them to you. They’re gone forever.

So, bitcoin has a lot going for it, in theory. But how does it work, in practice? Read more to find out how bitcoins are mined, what happens when a bitcoin transaction occurs, and how the network keeps track of everything.

Bitcoin Price Analysis: Expect Some Lower Lows Before the Next Bounce

Two days ago, I outlined a potential BTC-USD price breakdown due the broken hypodermic trendline.  Since then, the price has dropped nearly $7,000 and is showing signs of further downward continuation.  Let’s take a look at the chart from the last BTC-USD market analysis:

As you can see, the price was holding on by a thread near the red, hypodermic trendline.  Once it managed to break this trend, the price immediately and aggressively dropped.  Thus, the market signaled the end of the current parabolic breakout.  Currently, it is finding support on the parabolic curve; but on the lower timescales, it shows signs it might take one last move downward before a proper bounce occurs.  Since the hypodermic trend occurred once the market broke the linear trend, there is likely going to be very strong support there:

In the event that BTC-USD sees new lows, we can expect solid support in the upper $9900s to low $10,000s.  From there we will likely see a bounce leading to a consolidation period, where the market will ultimately decide if it wants to resume the downtrend or break upwards.  Given the fact that we broke out of a distribution trading range, it is likely that we will resume this down trend after any potential consolidation.

Distribution is the top of the market cycle and leads to a markdown in price once the trading range is broken.  However, this is all up in the air right now and we will still have to see how bitcoin handles the next phase of consolidation.  For now, I don’t anticipate any radical lows ranging beyond the linear trend support shown above.

At this point, it doesn’t appear we have reached a selling climax.  Although the selling has been intense, there is nothing terribly notable on the macro view of last nights aggressive moves:

Bloody Crypto Christmas?… Calm Down. It’s a Correction, Not a Crash


You probably woke up this morning to a portfolio streaked in red, and you likely came to the logical conclusion that the market is getting massacred at the moment.  Congratulations, you’d be right.  If you’re a veteran investor, this is par for the course, another adrenaline-inducing day in this amusement park we call a market.  If you’re new to the game, you might regret investing in that magic internet money your coworker used to pay off his mortgage.  Either way, there’s little reason to panic, and there’s even less of a reason to be surprised.

Yesterday, the cryptocurrency market topped-off a few bucks shy of a $650bln total valuation.  This all-time high had crypto’s market capitalization up from $250bln back in the 21st of November.  That’s a 159% increase in only a month.  To put this into perspective, the United State’s stock market took a full year to increase 8% in total market cap between 2015-2016.

This correction is long overdue.  The market’s been riding on the back of a gold-studded bull for the past two months, so it’s only natural that a bear has snatched it up in its bloody clutches.

Besides, this bloodbath is nothing we haven’t seen before.  Back in September, the crypto market fell into a bearish slump after a bullish frenzy in August.  Bitcoin and Ethereum both lost around 68% and 78% of their respective values in two weeks, and Litecoin fell a gut-punching 105% over a matter of days.  From these ashes, however, the market rose to the highs we just experienced.  It wasn’t doomsday, just the fallout of a booming summer.

Granted, this blindside correction has Bitcoin down nearly 50% from 5 days ago, an unfortunate departure from its all-time high of $20k.  But the healthier the prosperity, the harsher the correction, especially at a time when institutional adoption is on the rise.  In December alone, we’ve seen the inauguration of Bitcoin futures, doors open for cryptocurrency ETFs, and policy makers scramble to accommodate crypto intoformal regulation.

Bitcoin and friends’ gains over the past month have run alongside a triage of attention from global governments, the general public, and legacy financial institutions.  The same factors that slung the market to the stratosphere are likely the same tethers dragging it back down to earth.  But these catalysts of success and disaster, of investor ecstasy and despair, are the very stimulants that will sustain crypto in 2018 and the years to come.

Cryptocurrencies have too much momentum going into the new year for this to be its coup de grâce.  Let alone Bitcoin’s attraction as a financial assets, but many platforms and currencies are pioneering enterprise solutions that businesses have started to adopt.  Blockchain adoption is waiting patiently on the international stage’s doorstep, and come 2018, a slew of mainnet and product launches will only push crypto further into the public and corporate folds.

If you just bought in at an all-time high, my sympathies, friend.  It’s a tough first correction to stomach, and so far, it’s been a long way down.  But don’t fill those sell orders just yet.  This bubble’s got plenty of room left to grow before it grows anywhere close to the $2.9 trillion burst that crashed the dot.com craze.

So stop refreshing your portfolio, make a cup of hot cocoa–hell, add some peppermint schnapps if you need to–and go enjoy your holiday.  The market may continue bleeding yet, but once the scrapes and bruises heal, it’ll come back stronger than before.  Just hunker down, relax, hold, and we’ll see you in 2018. 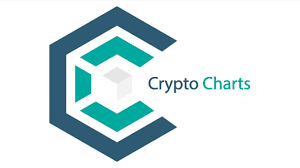