function in cases of severe brain damage due to injury or diseases such as Alzheimer’s." 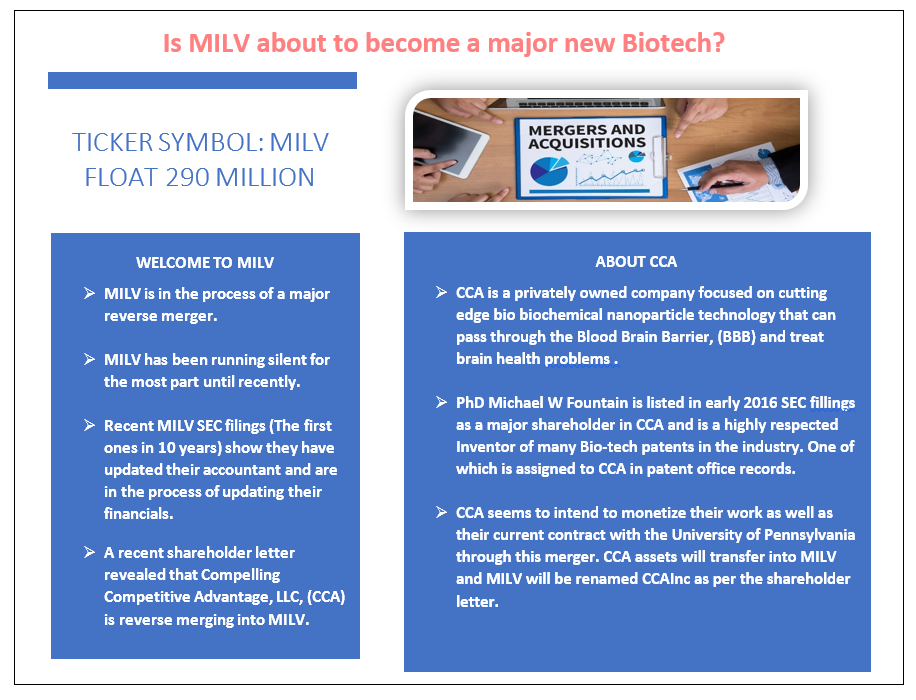 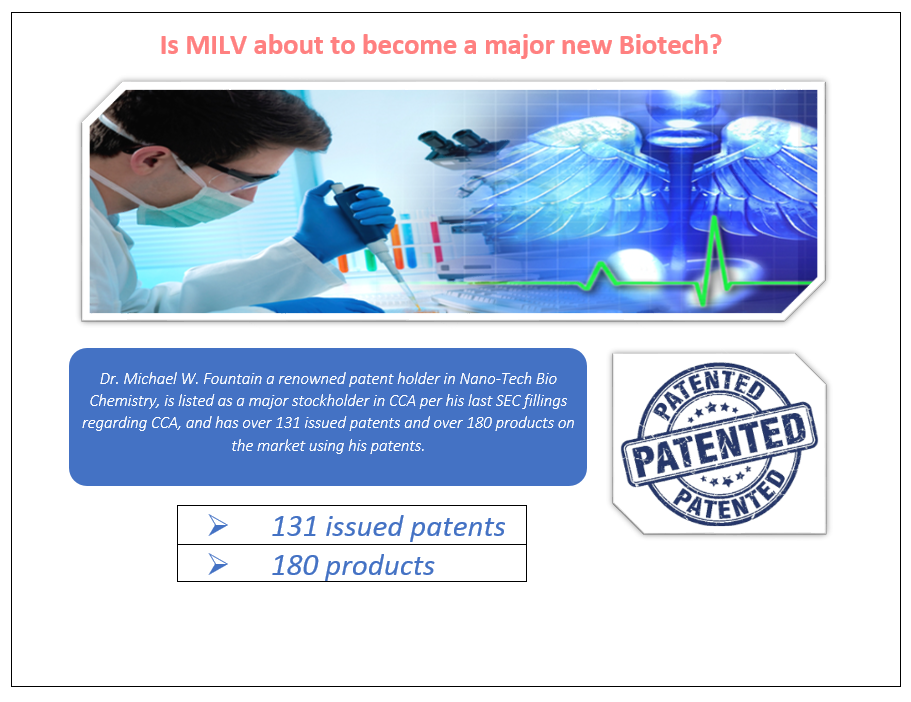 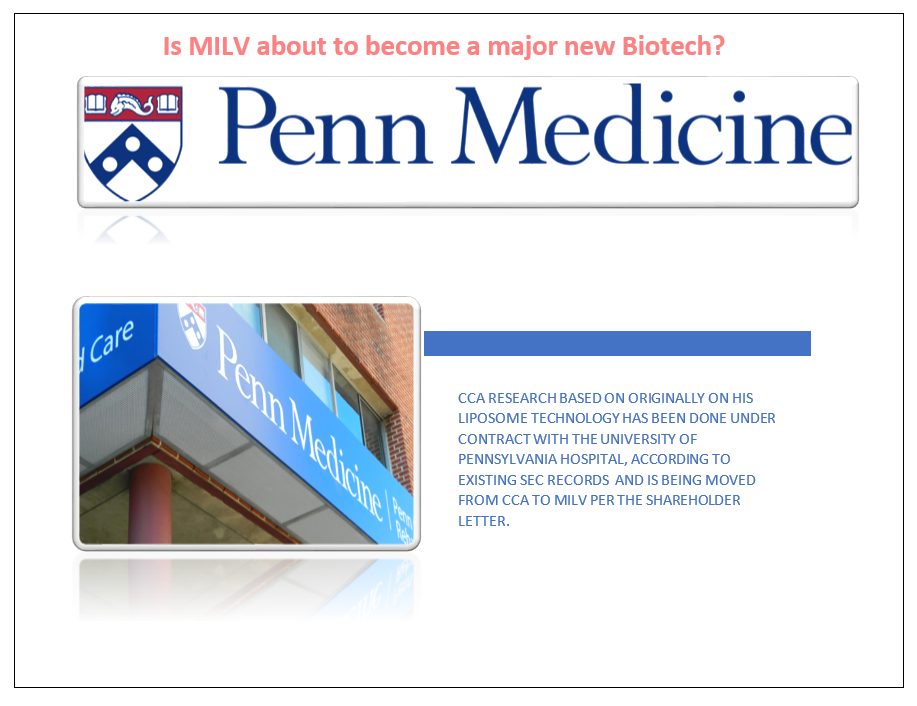 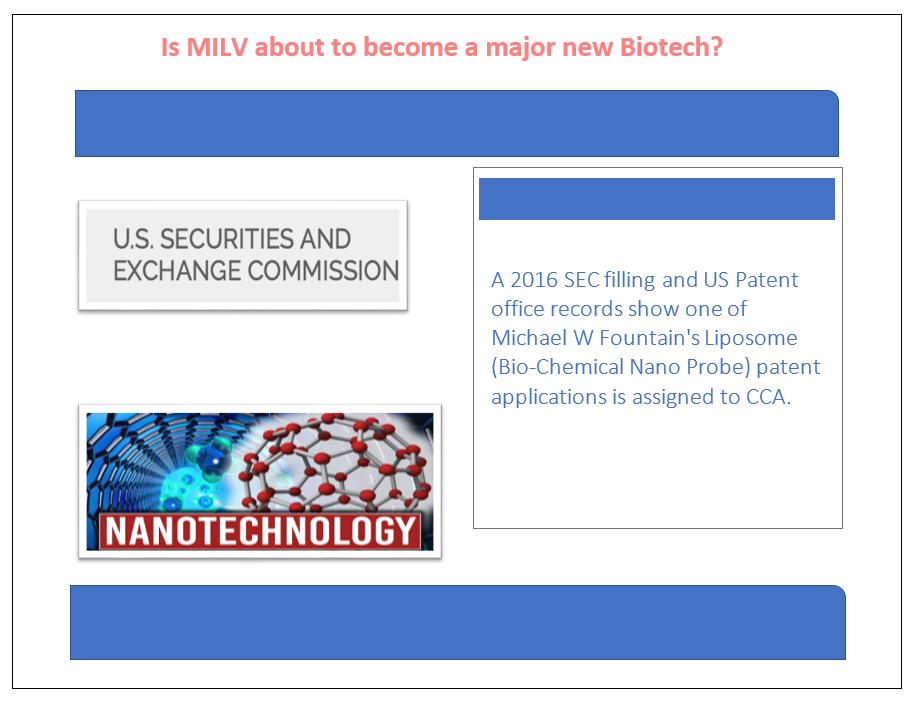 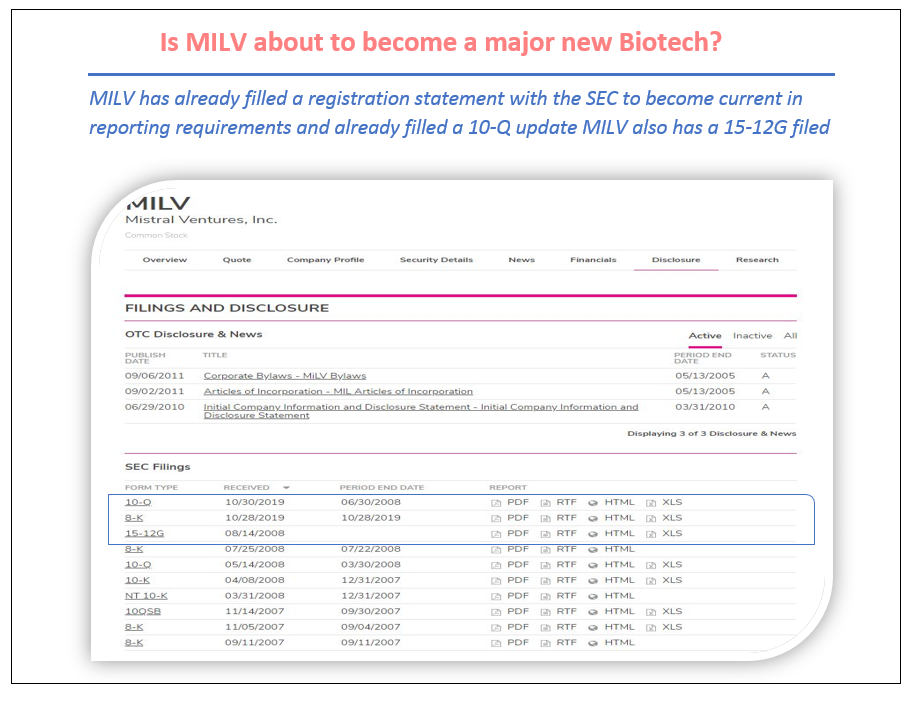 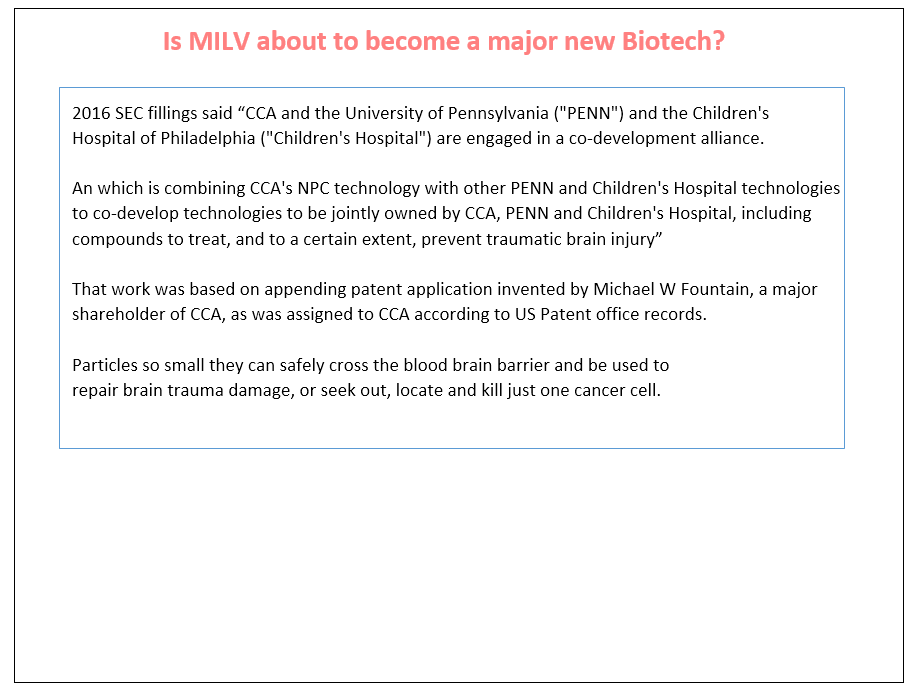 To understand what the Nano Tech R/M with MILV is all about, and why it is the future of medicine, pharmaceurticals, health

supplements and drinks one must understand what a Liposome is and how and why they are so usefull.

Here is link to an image Library of them with labels. Think of them nano probe drones that can navigate and deliver stuff the

right address in the the human body on demand.

Here is what the MILV / CCA partner University of Pennsylvania is working on. 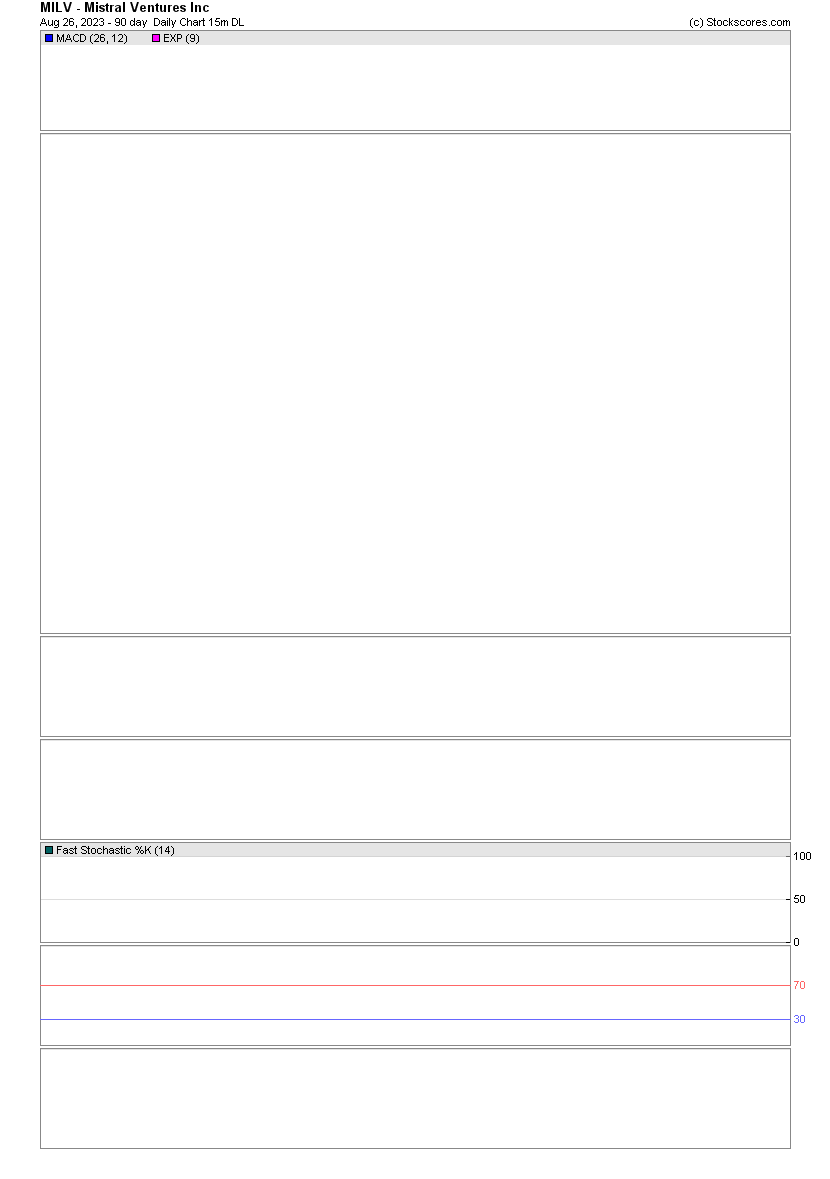 20 years ago a prior company called the Liposome company,

Abstract: Dehydrated liposomes are prepared by drying liposome preparations under reduced pressure in the presence of one or more protective sugars, e.g., the disaccharides

trehalose and sucrose. Preferably, the protective sugars are present at both the inside and outside surfaces of the liposome membranes. Freezing of the liposome preparation

prior to dehydration is optional. Alternatively, the protective sugar can be omitted if: (1) the liposomes are of the type which have multiple lipid layers; (2) the dehydration is done

without prior freezing; and (3) the dehydration is performed to an end point which results in sufficient water being left in the preparation (e.g., at least 12 moles water/mole lipid)

so that the integrity of a substantial portion of the multiple lipid layers is retained upon rehydration.

Lipid matrix carriers for use in drug delivery systems

Abstract: Lipid matrix carriers are described which provide for the sustained release of bioactive agents in vivo or in vitro. The properties

of the lipid matrix carriers of the present

invention include high entrapment efficiencies; release of entrapped compounds in their active form; biodegradability and avoidance of

vascular occlusion in vivo; and avoidance

of sequestration of the bioactive agent in the liver and spleen.

Lipid vesicles prepared in a monophase

(MPVs). MPVs can be made to

encapsulate one or more bioactive agents. MPVs are stable during storage and can be used in vivo in the treatment of disease.

Stable plurilamellar vesicles, their preparation and use

Abstract: A new and substantially improved type of lipid vesicle, called stable plurilamellar vesicles (SPLVs), are described, as well as the

process for making the same. SPLVs

are stable during storage and can be used in vivo for the sustained release of compounds and in the treatment of disease.

The R/M Custodial Letter that first allerted us to what was R/M with MILV
Oct. 24, 2019 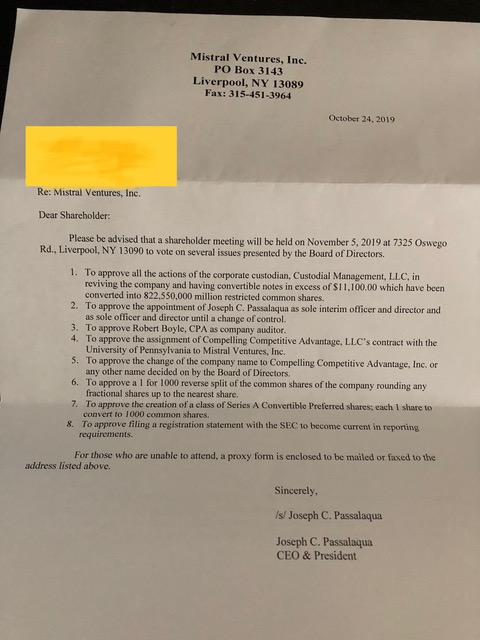