Message board for Blue Sky Uranium - A leading Uranium Discovery in Argentina.

The Blue Sky Uranium website can be found here: https://blueskyuranium.com

Arengtina is the largest producer of electricity utilizing nuclera plants in South America.

It is the 31st most populated country in the world. 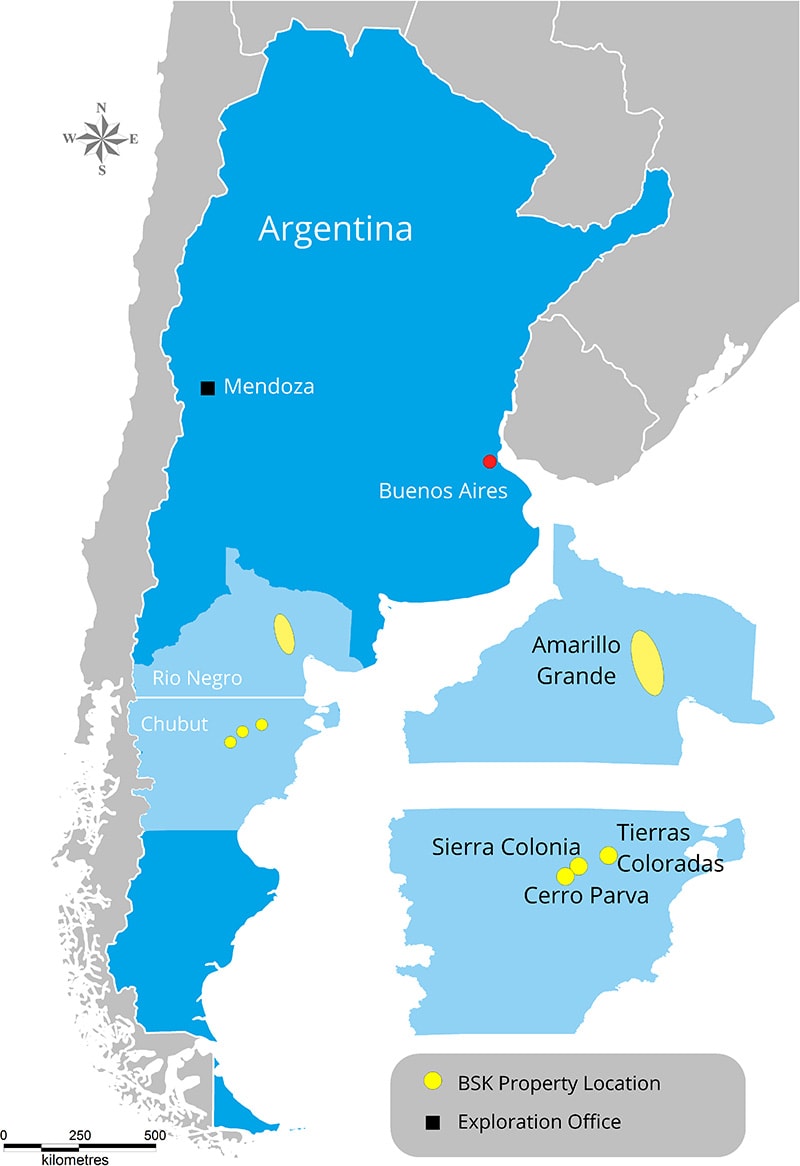 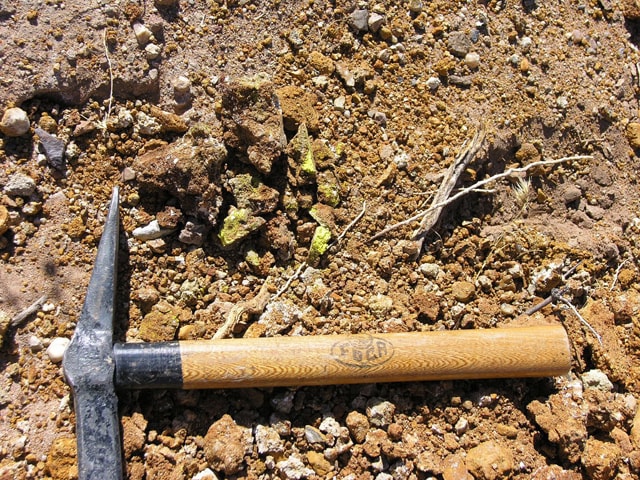 In the province of Rio Negro, there is broad support and experience with the nuclear energy industry. The province has a research nuclear reactor and a heavy water fuel plant, and provides incentives to the mining industry for uranium.

This province was the primary focus of exploration efforts in the last decade due to its high potential for new uranium discoveries. The emphasis of the Company's exploration is in the newly delineated Amarillo Grande Project, where the properties controlled by Blue Sky define the main exploration corridor of the District. The initial exploration efforts were positive and warrant detailed follow up programs. 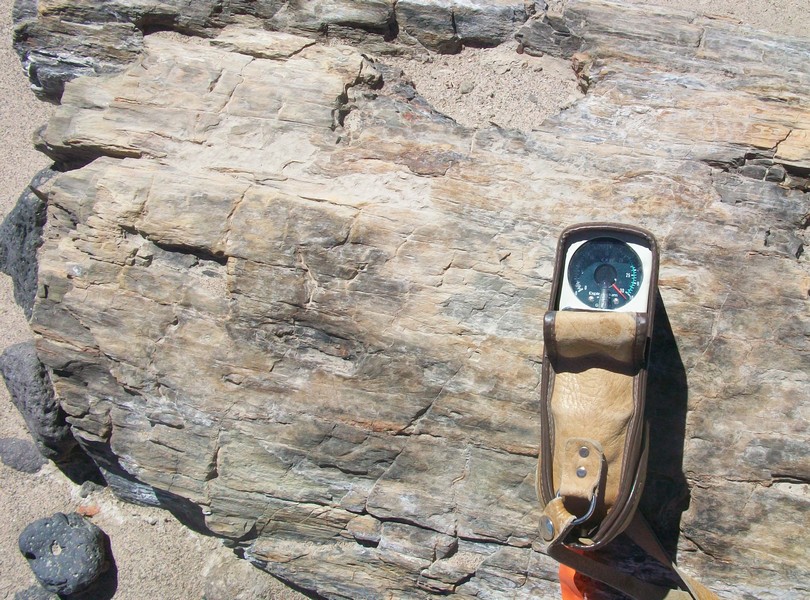 Price of Uranium in the next 5 to 7 years:

Based on the above figures I expect a widening gap between supply and demand, which may be covered in part by increased efficiencies of new nuclear reactor plants, which will be exacerbated by the decrease in military supplies to the civilian market, and a s result should cause rising prices in both long-term contracts and spot prices. I expect prices to continue their sideways pattern for some more time. But as the transfer of military supplies to civil use is being reduced and more reactors are coming online we have reason to assume prices beyond the 100 USD mark in the next 5-7 years or so.

Each unit will consist of one common share and one transferrable common share purchase warrant. Each warrant will entitle the holder thereof to purchase one additional common share in the capital of the Company at $0.30 per share for one year from the date of issue, expiring on December 19, 2018. If the volume weighted average price for the Company's shares is $0.50 or greater for a period of 5 consecutive trading days, then the Company may deliver a notice (the "Notice") to the warrantholder that the Warrants must be exercised within twenty (20) days from the date of delivery of such Notice, otherwise the Warrants will expire at 4:30 p.m. (Vancouver time) on the twenty-first (21st) day after the date of delivery of the Notice. The accelerated exercise shall not apply until the expiration of the four-month hold period required under Exchange policies and rules, and securities laws that are applicable to the Company, being April 19, 2018.

Finder’s fees of $29,635.91 are payable in cash on a portion of the private placement to parties at arm’s length to the Company.  In addition, 155,978 non-transferable finder’s warrants are issuable (the “Finder’s Warrants”). Each Finder’s Warrant entitling a finder to purchase one common share at a price of $0.30 per share for one year from the date of issue, expiring on December 19, 2018.  The Finder’s Warrants are also subject to the above accelerated exercise provisions.

The proceeds of the financing will be used for exploration programs on the Company’s projects in Argentina and for general working capital.

This financing is subject to regulatory approval and all securities to be issued pursuant to the financing are subject to a four-month hold period expiring on April 19, 2018.

ON BEHALF OF THE BOARD

Management information can be found with this link: http://blueskyuranium.com/about-us/management

A point and figure chart from Stockcharts.com showing a price objective at $.75 Currently the stock is trading at $.20


As you can see from the dail chart, a slow, nice move up. I've used the ticker symbol for the Canadian Exchange due to the volume compared to the OTC BB From the weeekly chart, you can see that even if Blue Sky Uranium does reach it's projected high, it would not be a "new" high. Uranium ETF testing the previous lows and bouncing back up. 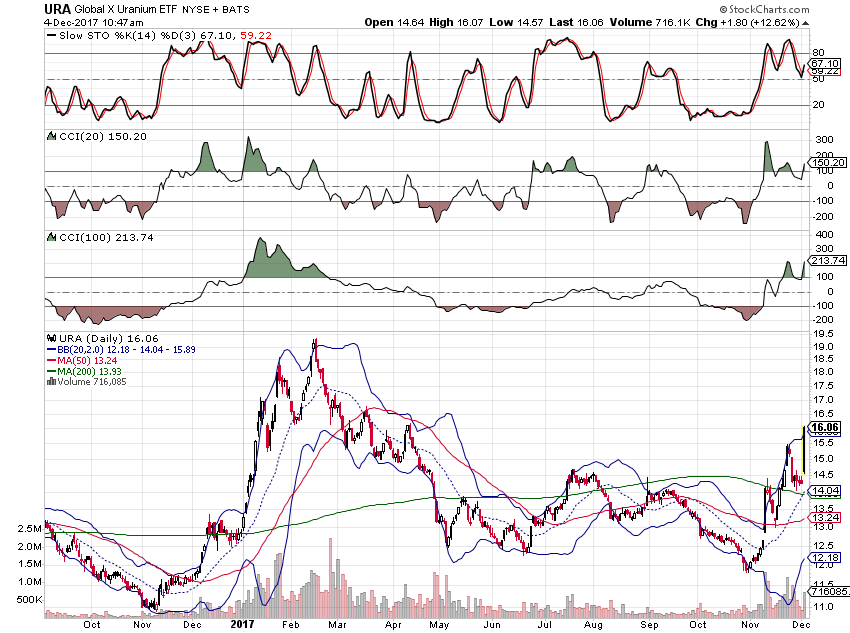 So, in my view, I think this has a potential to be at least a 3 bagger, if not more.
Argentina has no internal mines to get uranium from. It  has to import uranium and oil to procude it's needed electricty.
I'm not here to hype the stock, just sharing what I think may be a good stock for long term growth.
Currently, from what I've read, most miners are losing money mining uraniaum. It's either the price goes up, or mines start shutting down.
A speculation, as most miners are. But, I think it's worth a look see as an investment.
I do have a small positon in the stock.