Andes Mountains as seen from Gemini 7 Waves of clouds along the east flanks of the Andes Mountains
cast off an orange glow by the low angle of the sun in the West. The dark area to the left is the Earth's terminator.
This view was photographed by astronaut Frank Borman and James A. Lovell during the Gemini 7 mission, looking South
from Northern Bolivia across the Andes. The Intermontane Salt Basins are visible in the background. Photo Credit: NASA

Andes Gold Corporation engages in the development and production of gold assets in South America.

The company, through its subsidiary, Compania Minera Pl. S.A, holds interest in the Miranda Alto, a gold

mining and exploration concession located in the cantons of Zaruma and Portovelo, province of El Oro,

southern Ecuador. It also produces silver from the mine. The company was formerly known as Princeton

Consulting and Services Corp. and changed its name to Andes Gold Corporation in July 2009. Andes

Gold Corporation was incorporated in 2007 and is based in Boca Raton, Florida. As of October 1, 2010,

The Miranda Project is located in the cantons of Zaruma and Portovelo, Province of El Oro, southern Ecuador, about 175 kilometers south and 60 kilometers southeast of the major port cities of Guayaquil and Machala respectively. The centre of the property is located on 654,500 East and 9,594,000 North (UTM PSAD-56, zone 17S) or longitude 79° 36' 31" West and latitude 3° 41' 20" South (Provisional South American 1956 projection). 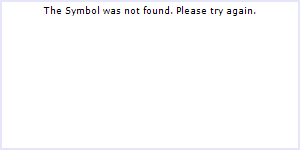