Tweet
Not sure why this bad information is still listed. We've updated Pacific Stock, FINRA and OTC.

Just to set expectations, Altavoz after 20 years of building distribution solutions the one area that's been overlooked is artists, bands, groups, and labels owning part of the distribution.

To that end, what we offer is Distribution as a Service #DaaS which we transitioned into about a year ago from selling packaged deals.

That said, AVOZ is a baby compared to our competitors (BMG, SONG, UNI, WEA, Eone, Red, ADA, Fontana, and 1/2 dozen others and it will be some time for us to get some scale out of this new paradigm

Again, the only option that has not been tried since I first put up Digex.com/~Altavoz in 1994 and then Altavoz.com in May of 1995 is artists owning the platform since it's their goods driving it and innovations and it looks like everything is coming together now.

Altavoz and it's recording artists are thankful for the opportunity to use AVOZ to fund and fulfill our independent distribution mission. And soon, many amazing artists will be asking on social media the world and specifically their fans are you BuyingThis(TM) entertainment as well as - pushing our stock since they'll own it too.


BTW as the Jesery Shore Festival and Mesa Music Fest are partners and someone from Altavoz will be at these events and any stockholders that we know about will get some VIP treatment. 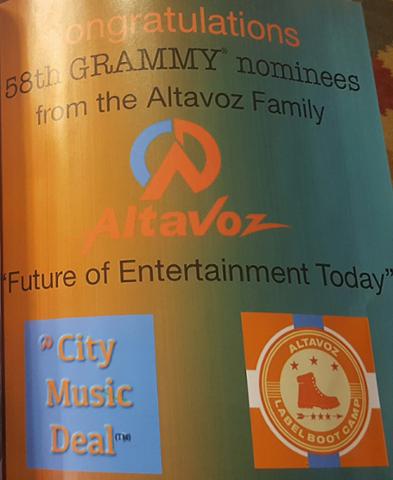