Eastside Distilling has been producing high-quality, master-crafted spirits in Southeast Portland’s Distillery Row since 2008. We believe that locally-produced spirits simply taste better, so all of our unique products are made right here in Portland, Oregon from natural ingredients in small batches for unparalleled quality and taste.

Eastside Distilling introduced Below Deck Rums, the first in a series of fine and flavored rums in 2009, and has since launched several more award-winning spirits, including Burnside Bourbon and Portland Potato Vodka, and our new Cherry Bomb Whiskey. Eastside also produces small batch and seasonal products like our Holiday Spiced Liqueur and new Peppermint Bark and Egg Nog Liqueurs.

Eastside sponsors many local events, and offers spirits tastings at our  Tasting Room on Distillery Row and at local and regional liquor stores and bars. See our Events Calendar to see where the Eastside Tasting Team will be appearing next!

Where to Find Eastside

In addition to purchasing direct from us at one of our retail locations, all of Eastside Distillling’s master-crafted spirits can be found at better liquor stores in Oregon and Washington, and at Bars and Restaurants in the Portland metro area and beyond.

This is a bold and spicy bourbon. Released at 96 proof, it’s stronger than many other bourbons on the market with solid cinnamon and oak flavors. Burnside Bourbon is the winner of two Gold Medals in recent tasting competitions.

We take our award-winning Burnside Bourbon and finish the aging process in Oregon Oak barrels, adding new and subtle flavors to our already great-tasting Bourbon.

Barrel Hitch is an american whiskey bottled at 80 proof – The brainchild of two professional women with a passion for spirits, Master Distiller Mel Heim and Chief Branding Officer Carrie Earles, Barrel Hitch American Whiskey embodies the idea that all whiskey is not created equal.

Barrel Hitch Oregon Oak is an american whiskey bottled at 88 proof – Here we took the southern stand-by and brought it home to the Northwest.

A smooth light rum that compliments any cocktail.

Awarded the Silver Medal at the 2011 World Spirits Competition, our new Coffee Rum gets its deep smooth richness from full-bodied Portland-roasted Aribica beans.

A naturally flavored spiced rum with aromatic notes of clove, cinnamon, vanilla, and mace. This small batch rum is available in individually numbered bottles at the Eastside Tasting Room.

The Northwest’s new premium vodka with the clean, crisp taste that mixes especially well in your favorite cocktails or drinks great straight-up on the rocks. Portland Potato Vodka is the winner of a Gold and Silver Medal in recent tasting competitions.

Handmade with local Oregon marionberries and aged whiskey. All of the rich flavor and deep red color comes from real fruit – no artificial coloring or flavor extracts are used in the production of this unique spirit.

Cherry Bomb from Eastide Distilling is handmade with a blast of real Oregon cherries and aged whiskey.  The rich flavor and deep red color comes from real fruit and nothing else! Winner of a Gold Medal from the American Wine Society in 2012. 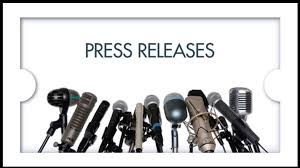