Company Overview
Orex Exploration Inc. (OX: TSX-V) is a junior gold exploration company that owns 100% of the Goldboro project in Guysborough County, Nova Scotia, approximately 185 kilometres northeast of Halifax. One of Canada’s first gold mines, Goldboro produced 54,871 ounces of gold between 1893 and 1912 at an average grade of 4.53 g/t gold. Orex is led by a group of seasoned professionals with backgrounds in geology and finance whose mandate is to prove the world-class nature of the gold deposit at Goldboro. 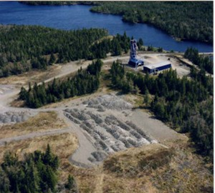 Orex Exploration’s principal property at Goldboro in Guysborough County, Nova Scotia, consists of 37 contiguous claims (600 hectares, or 6 square kilometres), in which Orex has owned a 100% interest since 1988. Located along the northeastern shore of Nova Scotia, approximately 185 kilometres northeast of Halifax, the property is accessible by a 2.5 kilometre gravel road from the paved, all-weather Highway 316, which links the village of Goldboro to the town of Antigonish. 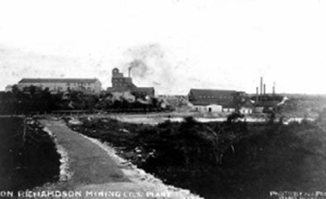 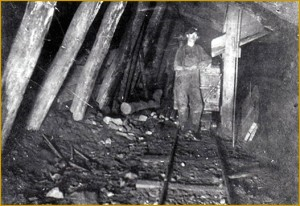 The Goldboro Property has been the subject of extensive past exploration work. History of exploration in the area dates back to 1861 when gold was discovered in quartz veins in the Isaac’s Harbour anticline. In 1892, Howard Richardson was the first to note gold occurrences in the slate belt (slate and quartz) that would later bear his name.
This Boston-Richardson belt was mined from underground between 1893 and 1912 and mine production has been recorded as 414,887 short tons grading 0.132 oz/T (376,383 tonnes grading 4.53 g/t Au) for a total production of 54,871 ounces of gold. It must be noted, however, that the head grade was estimated at 6.8 g/t Au, and poor recoveries at the time brought the recovered head grade down to 4.53 g/t Au.

The Goldboro property is entirely underlain by sedimentary rocks of the Goldenville Group, which consist of altered greywacke, sandstone (arenite) and slates. Four distinct mineralized bodies have been identified at Goldboro: the Main, Richardson, East Goldbrook and West Goldbrook.
The gold mineralization at Goldboro occurs in association in quartz veins. The gold distribution at Goldboro is subject to a ?nugget effect?, where gold often appears as large nuggets. This particular distribution of gold grains in the form of nuggets may explain the fact that regular assaying methods (e.g. fire assays) yield lower gold values than a metallurgical balance from mill-tests. (Please refer to the section on the Nugget Effect for more information in this regard.)
Many comparisons have been made between the gold deposits of the Victoria Goldfield Central Area in Australia and the Meguma deposits in Nova Scotia.

As indicated above, Goldboro is easily accessible from the highway and is located in the town that bears its name. There is also a decline ramp at Goldboro, which provides access to the near surface portion of the belts located immediately underneath the Boston-Richardson belt on the 36 m and 76 m levels in an area approximately 350 m west of the Boston-Richardson shaft. This decline was developed during the 1988 exploration program by Orex. 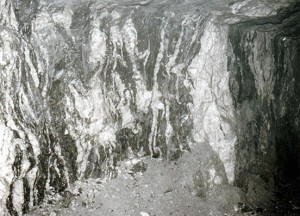 In 1987, a drilling campaign was undertaken to establish the depth and lateral extension of the Boston-Richardson belt in the eastern part of the property. The 1987 campaign led to the detection of a minimum of four belts under the Boston-Richardson belt.
The 1988 surface exploration drilling program was done to cover the western part of the Boston-Richardson Mine area. A decline (ramp) and two levels were also developed during the 1988 exploration program.
From December 1989 to February 1990, an underground definition drilling program was executed from the 76-metre level on sections spaced 12.5 metres apart. Drifting was done during this program to allow drilling of the belts from the 76-metre level on a lateral length of 125 metres.
From 1988 through 1993, various partners were involved with Orex in exploration campaigns, which were all designed to obtain material to process using varying methods in an attempt to accurately estimate the gold grades.
In 1995, Placer Dome optioned the Goldboro Property with a view of sampling and assaying existing mineralized stockpiles at Goldboro. Placer Dome geologists approached the mineralization from a bulk mineralization perspective. At Goldboro, high gold grades are normally found with the veins, a mixture of quartz, argillite (slate) and arsenopyrite, often yielding visible gold.
Placer Dome sampled the stockpiles by taking random samples and separating them by rock type. Two-kilogram portions, which were treated using the Carbon-in-Leach (CIL) method, yielded the following results: Pursuant to an option agreement, Placer Dome had offered to invest $30,000,000 to acquire a 65% interest in Goldboro. In early 1996, however, Placer Dome re-focused exploration efforts outside Canada and the option agreement was terminated. There was no exploration work undertaken at Goldboro from 1996 to 2004.

In February 2005, Orex began a campaign that consisted of 2,355 metres of drilling in 23 holes. This was concentrated along the Ramp Area over a 225-metre strike. Orex produced an NI 43-101 compliant Mineral Resource Estimate (MRE). As a cut-off grade of 0.5 g/t gold, Orex reported 13,255,000 tonnes grading an average of 1.13 g/t gold, totaling 484,800 ounces of gold in the Measured and Indicated Resources categories; and 15,600,000 tonnes grading 0.63 g/t gold, totaling 316,000 ounces of gold in the Inferred Resource category.
It should be noted that the 2005 MRE were reconciled to the Company?s historic resources estimates, which were completed prior to NI 43-101 disclosure regulations.

In early 2008, Orex began a campaign to drill over the entire 2.5 km strike length of the property. This campaign is subdivided into 5 separate phases, labeled Phase 2A to 2E. To date, the Company has completed Phases 2A to 2C on the eastern part of the property, from West Goldbrook to East Goldbrook. These 3 Phases included 12,175 metres of drilling in 44 holes.
In August 2009, Orex announced an updated MRE after completion of Phases 2A to 2C. At a 1.5 g/t gold cut-off, there are 2,711,000 tonnes grading 4.56 g/t gold, totaling 397,200 ounces of gold in the Measured and Indicated Resources categories, with an additional 3,438,000 tonnes grading 3.67 g/t gold totaling 405,926 ounces of gold in the Inferred Resource category.
(Note: Please consult the sub-sections under Technical Reports under “Projects” on this website for additional information on the 2005 and 2008 Drilling Campaigns.)

After signing of the Formal Agreement in November 2009, Osisko became the Manager of the project and continued the Phase 2 drilling campaign begun by Orex. In the first half of 2010, a total of 59 drill holes (12,995.5 metres) were completed in three campaigns (Phases 2D, 2E and 2F).
The Phase 2D drilling (25 holes / 4,894 metres) tested the West Goldbrook area over a 350-metre strike length and also replaces non-compliant historic drill results with compliant assay data.
The Phase 2E drilling (16 holes / 3,371.5 metres) tested the Dolliver Mountain area within the projected historic mineralization over a 200-metre strike length continuing westward from West Goldbrook and a 500-metre strike length at the western end near the historic Dolliver Mountain mine. A 600-metre gap in drilling between the east and west ends remains to be drill tested. Drilling in this area is deemed exploratory, since the area has never been drilled by Orex nor worked on since the early 1900’s.

The Phase 2F drilling (18 holes / 4,730 metres) generally replaced a number of incomplete and/or non-compliant historic drill results with compliant assay data primarily in the deeper portions of the Ramp Area and extending westward towards West Goldbrook, over a 250-metre strike length.

The gold distribution at Goldboro is subject to a “nugget effect”. In the case of Goldboro, gold appears as large nuggets, fine disseminations within or bordering arsenopyrite crystals and fine gold grains associated with carbonaceous material. This particular distribution of gold grains may explain the fact that regular assaying methods (e.g. fire assays) yield lower gold values than a metallurgical balance from mill-tests.

As outlined in the 2006 43-101 technical report, a comparative analysis of metallurgical tests done in 1989, 1990 and 2005 and historical fire assay (FA) results showed that the assays significantly underestimated the recoverable gold content and the Mineral Resources due to the nugget effect brought on by assaying smaller size core samples.

Do your own dd before you invest and never trade more than you can afford to lose. Traders should plan their exits before they trade and take profits on the way up.

The Board Monitor and The Board Assistants herewith, are not licensed brokers and assume NO responsibility for the actions, investment decisions, or messages posted on this forum.
~ Any trade entered into risks the possibility of losing the funds invested.
~ There are no guarantees when buying or selling any security.