BlockNum is a Distributed Ledger Technology (“DLT”) which uses the Public Switched Telephone Network to support secure transactions for the GIGA token through the development of a Public Switched Teliphone Blockchain Network or PSTBN. BlockNum is a highly permissioned blockchain with an access control layer for the blockchain nodes based on SIP messages with communication occurring solely via SIP-based message over IP protocol.

The PSTN provides an immense installed decentralized network base and when combined with SIP message, is an immensely secure system which is instantly scalable to allow the BlockNum to reach any person in the world who has a phone and phone number.

BlockNum will operate on the principle of “Proof of Consensus” or PoC as opposed to “Proof of Work” “Proof of Stake” blockchains. Proof of Consensus focusses on determining that consensus has been achieved (the “consensus event”) within a network of decentralized distributed ledgers and where the ledgers are held within a combination of trusted and independent anonymous nodes. Transaction “consensus” is achieved through a second layer of token nodes which sole function is to approve or deny a transaction in a consensus event.

The GIGA is a new form of token which can be viewed as a “transport token”. It is defined as a transport token because it “transports” transactions between parties in a seamless and transparent manner.

The GIGA transports all transactions in the BlockNum which includes the transfer of GIGAs between BlockNum wallets well as other future transaction modules such as seamless and instant currency exchange (fiat to fiat, crypto to crypto, fiat to crypto and crypto to fiat).

Anyone with a BlockNum wallet will be able to transact in GIGAs or fiat/crypto equivalents using the BlockNum standalone application, the BlockNum website accessed through their smartphone, or a BlockNum application embedded in a third party service. Returning to the example of iPCS, the mobile service will provide an embedded BlockNum option within the iPCS app.

iPCS™ is an IP-only and Cloud-based technology which uses only data to deliver all mobile services, eliminating the need for traditional protocols for voice and SMS text services.

iPCS has developed a patent pending technology that brings all its SoIP subscribers in compliant with international rules, regulations and roaming agreements and therefore provides a new generation of wireless services, at lower cost with much more flexibility for its users.

When an iPCS subscriber device is connected to an internet Wi-Fi network, the 3G/LTE cellular radio is automatically deactivated on the device and therefore not using the roaming partner network and spectrum. At the same time, all connections seamlessly switch to a remote access of iPCS’ own licensed spectrum, Cloud Spectrum-over-WiFi (CSoW). Therefore users are not permanently using partner networks roaming service and remain at all time in compliance of such usage agreements. iPCS can use several different roaming partner networks (if available) for each WiFi to 3G/LTE transfer between network session switches to obtain best quality of service.

iPCS features unlimited calling and MMS services when on Wi-Fi, and this represents a valuable alternative for international mobile roaming services. Only calls made outside the continental US and Canada can incur additional charges.

All personal information such as SMS texts, call logs, contact information and voicemail reside on secured cloud servers which can only be accessed under a secured user session.  This means that when a user chooses to log out of the service the information cannot be accessed on the smartphone and 911 emergency services are available.

Users can have multiple profiles on their device, each with different usernames and different phone numbers, SMS text number, voicemails etc. Therefore several iPCS™ users can share the same smartphone device if they choose. iPCS™ SIM cards are not tied to a specific subscriber as in traditional mobile services so iPCS™ users can access their TNW Mobile service on any phone with a TNW Mobile SIM. 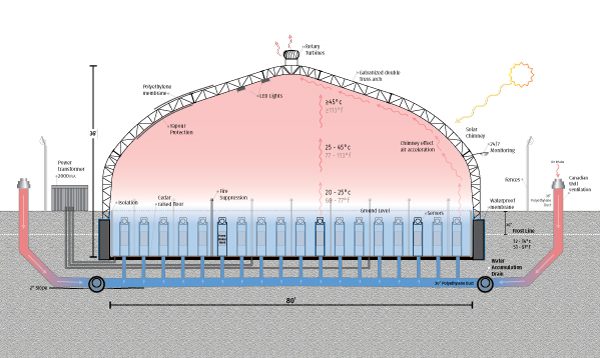 The BlockchainDomes™ are cryptocurrency mining facilities that will house  mining servers and will provide both ASIC (application-specific integrated circuit) and GPU (graphics processing unit) based capability enabling the mining of both Bitcoin and Ethereum.  It further incorporates highly innovative energy features which provide passive cooling using the ground as a natural source of cold air which induced through a chimney effect through its design.

In the past year, Cryptocurrency mining has become exceedingly popular at both with individuals and commercial operations. This is due to the rising value of cryptocurrencies as well as an increased awareness of the financial opportunities from mining. However establishing cryptocurrency mining operations is still a complex and expensive process and provides variable returns on investment based on available technical skills and direct costs of operations which are often linked to economies of scale.

It is well established for example, that mining operations are extremely energy intensive and as such the profitability of mining operations is highly dependent on the efficiency of the mining rigs and more importantly, the cost of electricity used for both the rigs themselves and the massive cooling requirements from the heat they generate. Some current reports indicate that for Bitcoin alone, mining operations consume as much electricity annually as the whole of Ireland and the electrical consumption per transaction is equivalent to what 9 average US households would use in a day. Therefore there is intense pressure on mining operations to both reduce the amount of energy required in the process and to seek out the lowest possible cost of electricity.

The Blockchain Dome is cryptocurrency mining facility that will house up to 1,000 mining servers and will provide both ASIC (application-specific integrated circuit) and GPU (graphics processing unit) based capability enabling the mining of both Bitcoin and Ethereum.

Under the Blockchain Dome business model, mining proceeds will be exchanged for US or Canadian dollars at a minimum once per month. As such United Blockchain will at no time hold any cryptocurrency on behalf of itself or owners of Blockchain Dome mining servers.

The Blockchain Dome will the first facility of its kind that will provide complete cryptocurrency mining capacity to individuals, groups of individuals and commercial operations on a reasonable investment basis and that allows all participants to own their own rigs and benefit from economies of scale. These economies of scale are realized through lower capital costs (though volume purchasing), lower which take advantage of Quebec’s unique electrical price structure as well as very basic overhead costs which can be amortized over all the mining servers in a specific Blockchain Dome.

The Blockchain Dome will appeal to various levels and demographics of miners ranging from individuals (or groups of individuals) who want to get into the mining business, to commercial operations and to general investors who want a turnkey managed play in cryptocurrency mining.

The Blockchain Dome has been designed for rapid deployment and easy to be replicated with some 25 facilities planned for the Province of Quebec based on demand over the next 24 months. 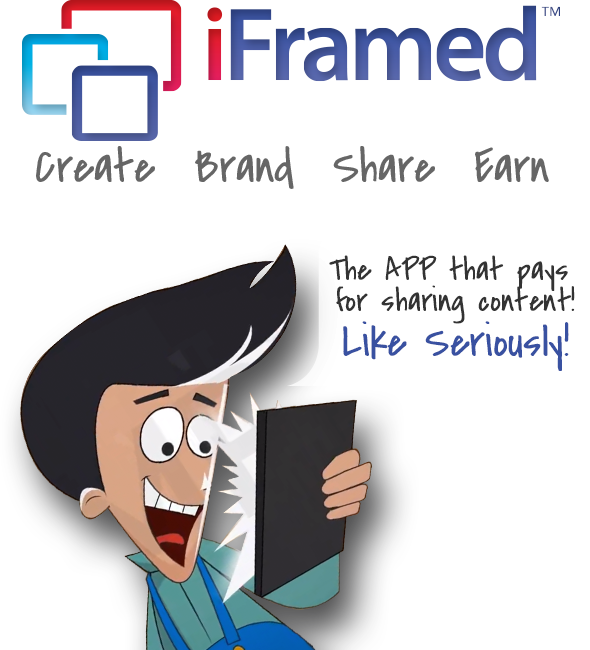 iFramed is the only place on the web where you get paid for your own content. Take photos and videos of your friends, family, parties, pets, vacations and other fun stuff, brand them with the logos of cool brands that you like, share them on your favorite social networks and get rewarded with actual money that you can spend on anything you want. It is that easy! No strings attached. The more photos and videos you share, the more money you earn. The information contained within this iBox including web links, copied information, and any other associated messages/media (hereinafter collectively referred to as "Information") is provided for informational purposes only. The Information should not be construed as investment/trading advice and is not meant to be a solicitation or recommendation to buy, sell, or hold UNITED AMERICAN CORP. (UAMA) stock.