Currently trading around a penny a share QT Vascular (QTVLF) is one of the most undervalued biotech/medical stocks I have ever seen! With FDA and EU approval for it's coronary products, a new partnership with the World’s leading medical device company, US sales booming, backed by the government of Singapore with large foreign institutional and insider ownership, received a US Congressional award, revenues projected to skyrocket (already in the millions), debt being slashed about to become cash flow positive with expansion into Europe and Asia ramping up! Crazy undervalued now, the share price is only going to rise!

QT Vascular (QTVLF) is already selling their FDA and European Union approved coronary balloon catheter's and other coronary angioplasty products to over 150 Hospitals in the US alone! With US sales BOOMING and projected to skyrocket, that is just the beginning! Read this entire write up and you will be stunned how EXTREMELY UNDERVALUED QT Vascular (QTVLF) is!

All due diligence posted here is verifiable and comes straight from the CEO, the company's filings, audited financials, website and official press releases!

With revenues already in the millions, QT Vascular (QTVLF) are about to experience explosive growth following a new distribution partnership with the world’s leading medical device company global giant Medtronic that went into effect March 1st 2017! 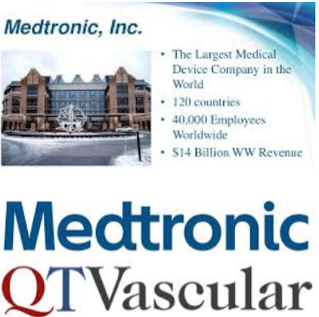 Backed by investment from the Singaporean state-financed biomedical sciences investment fund and having received a Certificate of Special Congressional Recognition from U.S. Congressman Jerry McNerney it's very rare to find a biotech stock of this calibre trading so low! 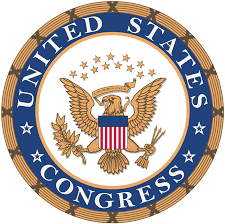 QTVLF ALSO now has full FDA clearance and has begun clinical trials on a NEW revolutionary drug coated coronary balloon catheter that is less invasive and does not involve placing a permanent implant! 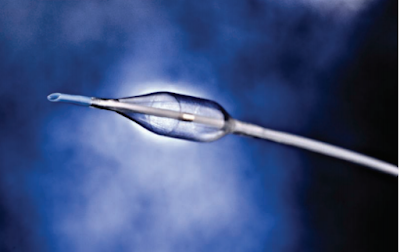 QT Vascular (QTVLF) is a global company engaged in the development and commercialization of innovative devices for the minimally invasive treatment of vascular disease without the use of permanent implants (stents). 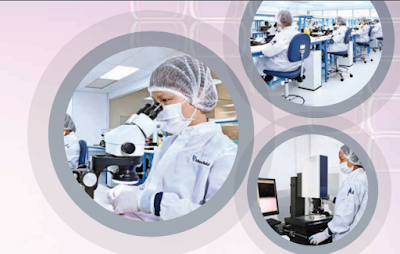 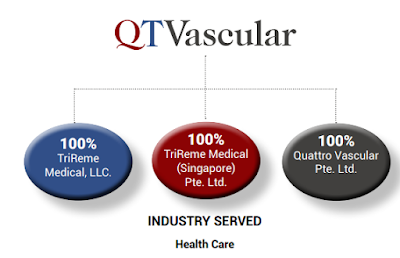 Most Americans are familiar with heart disease and with the consequences of blockages in the vessels that carry blood to and from the heart. But few people realize that blockages caused by a buildup of plaque and cholesterol affect more than coronary arteries. Arteries throughout the body carry oxygen-rich blood away from the heart, so blockages can occur in all arteries with serious effects. QT Vascular (QTVLF) and it's various FDA and EU approved coronary balloon catheter's and other coronary angioplasty products are first in class cutting edge solutions for the treatment of blocked arteries. 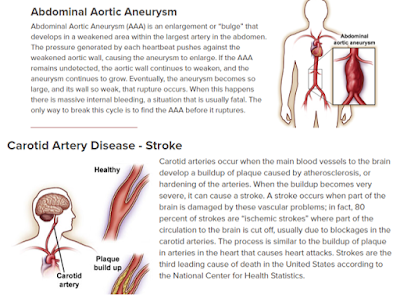 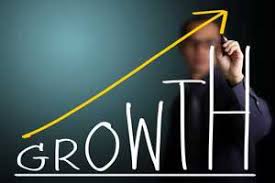 -QTVLF revenue for 2016 was $10.6 million (this was audited...very transparent company)

-QTVLF revenue for the 3 month period ending ended June 30, 2017 was over $3.5 million versus $2.3 million for the same time frame a year ago. An increase of over $1.1 million or almost 30% as the new distribution agreement.the world’s leading medical device company, Medtronic kicked in along with increased US sales! (Strong Buy Signal!) 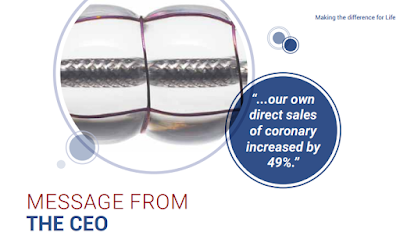 -QTVLF revenue for the 6 month period ending ended June 30, 2017 was $6.7 million versus $5.9 million a year ago. Another increase and it is only going to get better! (Strong Buy Signal!)

-QTVLF CEO says debt at the end of 2016 was slashed by approximately US$7.8 million from US$19.2 million in 2015 to US$11.4 million. With US sales growing and the new agreement for distribution with the world’s leading medical device company global giant Medtronics CEO says debt will continue to be taken out through 2017! (Strong Buy Signal!) 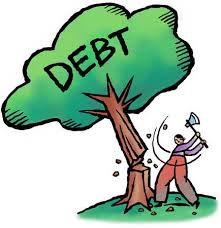 -QTVLF is backed by the Singaporean government who is fast becoming a world leader in promoting life sciences, investing heavily in firms and in the sort of infrastructure that will support the industry throught it's state-financed biomedical sciences investment fund (BMSIF)

-QTVLF also backed by other major established and reputable shareholders include Three Arch Partners, a healthcare fund which has internally incubated more than a dozen start-up healthcare companies AND Luminor Pacific Fund 1 is a private equity healthcare-focused fund based in Singapore approved under the Singapore government’s global investor programme.

-QTVLF following the AWESOME new 2017 agreement with Medtronic that went into effect March 1st 2017 the company then received an offer for up to $20 MILLION CAPITAL COMMITMENT on favorable terms from US based New York private investment group GEM GLOBAL. GEM is a USD 3.4 billion investment group having completed 372 transactions in 70 countries. (Strong Buy Signal!) 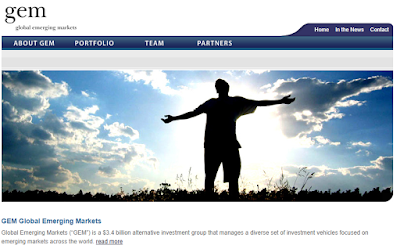 -QTVLF CEO says they are currently selling their coronary balloon catheter's and other coronary angioplasty products to over 150 Hospitals in the United States alone! (Strong Buy Signal!) 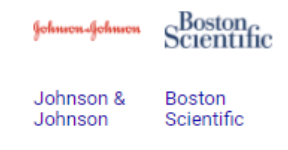 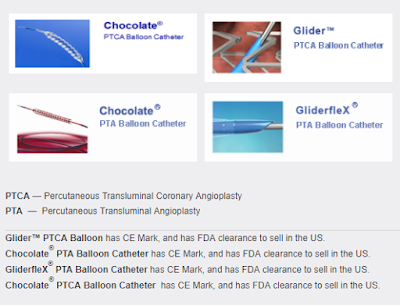 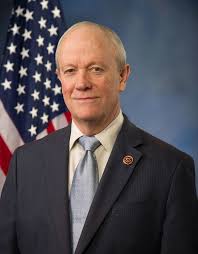 -QTVLF Awards and Recognition  the company subsidiary, TriReme US, was recognised by the City of Pleasanton where it is based for its ongoing contributions to the strength of the economy locally and positive impacts to the quality of life globally 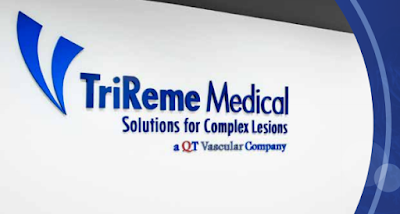 -QTVLF revenues would have been even more in 2016 but the company switched from Cordis to the world’s leading medical device company, Medtronic. Despite this disruption CEO says the company increased gross profit by 11% (Strong Buy Signal!) 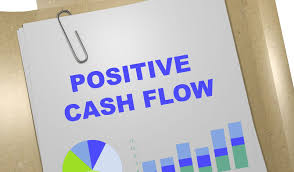 -QTVLF is heading towards being CASH FLOW POSITIVE, reduced loss from US$53.1 million in FY2015 to US$12.0 million in FY2016, That is phenomenal! With the new distribution agreement with the world’s leading medical device company, Medtronic complete debt elimination and massive revenue increases will continue! (Strong Buy Signal!)

-QTVLF CEO says that US sales in 2106 of it's coronary products increased a WHOPPING 49% equalling an increased per sales representative efficiency of 114% (Strong Buy Signal!) 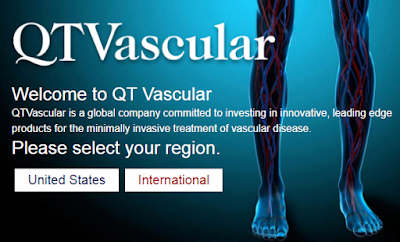 -QTVLF CEO says that in 2016 the US remained the companies largest market, accounting for 86.9% of total revenue. Sales to Europe improved during the year. Europe accounted for 5.8% of total revenue with US$620,000 in sales, compared with US$426,000 a year ago. With the new 2017 agreement with the world’s leading medical device company, Medtronic global and European sales are forecast to substantially increase! 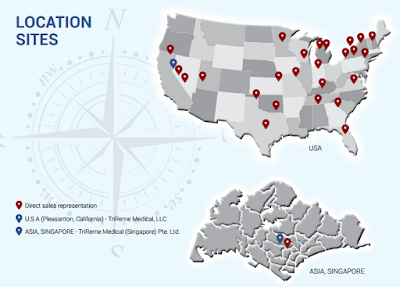 -QTVLF has obtained the approval from the US Food and Drug Administration (“FDA”) to sell an improved version of it's coronary angioplasty product named Chocolate® PTCA known as Chocolate XD® (Strong Buy Signal!) 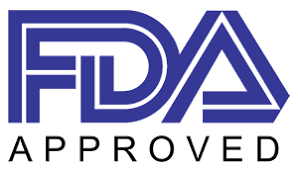 -QTVLF ALSO received full approval from the US Food and Drug Administration (“FDA”) to begin the pivotal study of the drug-coated version of it's coronary angioplasty product Chocolate® PTA known as Chocolate Touch®. This is only the 4th such device to ever receive such approval by the FDA (Strong Buy Signal!)

-QTVLF on July 31, 2017 company announced it has started enrollment in its US Food and Drug Administration (“FDA”) pivotal clinical study. The study will evaluate the Company's drug coated balloon ("DCB"), the Chocolate Touch®, for use in superficial femoral and popliteal arteries with the intention of obtaining a US regulatory approval. The co-principal investigators of the study are Dr. Mehdi Shishehbor of the University Hospitals of Cleveland and Professor Thomas Zeller of the Heart Center in Bad Krozingen, Germany. 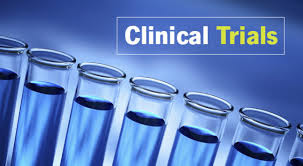 -QTVLF has generated awesome positive clinical data It's coronary angioplasty product Chocolate PTA achieved a 0% failure rate during a human trial study on 22 patients in Germany and New Zealand for one year, and subsequent follow-ups showed no complications. Data from the first 350 patients of a separate human trial study of the Chocolate PTA in the United States showed high rates of treatment success and limb preservation. (Strong Buy Signal!)CEO says "We are delighted with the angiographic results of Chocolate Heart™ showing maintenance of patency at two years," stated Eitan Konstantino, PhD, CEO of QT Vascular. "Those patients are doing well without a stent in their heart and this is exactly what we are here for." (Strong Buy Signal!)

-QTVLF new cutting edge proprietary technologies: CEO on the NEW revolutionary drug coated coronary products "The area of peripheral arterial disease remains very much under-treated. While stents are used to treat some of these patients, there is a growing preference for therapies such as drug-coated balloons that do not involve placing a permanent implant. Sales of drug coated balloons are estimated to have surpassed US$300 million in 2016 in the US market and the global market will surpass US$1 billion in sales by 20202 . QT Vascular is well positioned to benefit from the increased adoption of drug-coated balloons. Chocolate Touch® has received full FDA clearance to begin the pivotal trial. Upon approval, this would make Chocolate Touch® only the 4th such device to be approved in the US.

The final results of Chocolate Touch®’s first-in-human trials are similar to the best-in class devices. The Company’s recently announced distribution agreement with Medtronic, along with the recent launch of the Group’s latest generation coronary device, Chocolate XD®, bode well for supporting our growth in FY2017." (Strong Buy Signal!) 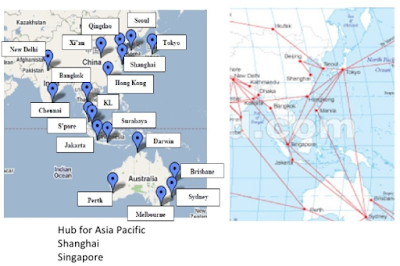 -QTVLF while conducting most of it's business in the US it is strategically located in Singapore, a hub of Asia and have access to the markets in the PRC and Japan through distribution agreements. The business-friendly environment in Singapore will allow the use Singapore as the Asian hub for the companies Asian focused marketing activities, revenues in Asia which are forecast to grow significantly with the companies new outreach into mainland ChinaThe companies top markets include the USA and growing medical device markets, especially in Europe, China, Japan and other parts of Asia. CEO says "Our products are focused on the treatment of cardiovascular diseases, which are the number one cause of death globally, and half of all such cases are estimated to occur in Asia"

-QTVLF expansion into mainland China, a distribution agreement with Weihai Weigao Medical Devices, Ltd. for the distribution of our peripheral products, the GliderXtreme PTA, GliderfleX PTA and Chocolate PTA coronary products in the People’s Republic of China.Weihai Weigao Medical Devices is a leading supplier of medical devices in  China.Weihai Weigao has an extensive sales network comprising 25 sales offices, 38 customer liaison centers and 170 municipal representative offices. As at the date of this report, Weihai Weigao  has an total customer base of 5,159 (including 3,090 hospitals, 414 blood stations, 611 other medical units and 1,044 distributors). (Strong Buy Signal!) 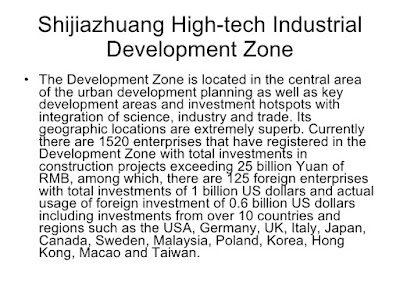 -QTVLF growth prospects: future demand for companies products is projected to skyrocket! Vascular disease has long been one of the greatest sources of mortality and morbidity in the developed world. As globalization spreads and more countries grow wealthier, the incidence of vascular disease has now exploded across the world leading to vast numbers of patients suffering from symptoms associated with reduced blood flow in the vessels that lead to the heart, legs, and other parts of the body.

-QTVLF Top Managementb Executive Vice President Ms. Pizarro spent 10 years at Boston Scientific, Neurovascular Division, where she led neurovascular minimally invasive device research (intracranial implantable devices) and development projects from concept to commercialization. Prior to joining TriReme, Ms. Pizarro was the Director of Research and Development at AngioScore Inc., where she led the development of cardiovascular and peripheral devices

The company sells its products through its direct sales team. It has operations in the United States, Singapore, Japan, Europe, China, Australia, and Hong Kong. QT Vascular Ltd. was incorporated in 2013 and is based in Singapore.
Check out QT Vascular Ltd. (QTVLF) awesome website
https://qtvascular.com/us/

I do not know of any biotech stock or otherwise that is trading around a penny that has been recognized and received an award from the US Congress and from a US City and that also has multiple products ALREADY APPROVED by both the FDA and the EU. With it's products already being commercialized and new cutting edge FDA trials approved and happening the share price is only going to rise from this point.

Once again it is VERY RARE to find a biotech of this calibre trading so low, but it will not last, I believe that the the potential for significant gains from this level is very good!

Buying share of QT Vascular Ltd. (QTVLF) at this price point is for me a no-brainer!
DD posted by Darth Trader Stocks on October 8th 2017