Developed in partnership with scientists at Temple University in Philadelphia, Applied Oil Technology (AOT) is the energy industry's first pipeline flow improvement solution for crude oil, using an electrical charge to coalesce microscopic particles native to unrefined oil, thereby reducing viscosity. Over the past four years AOT has been rigorously prepared for commercial use with the collaboration of engineering teams at numerous independent oil production and transportation entities interested in harnessing its demonstrated efficacy to increase pipeline performance and flow, drive up committed and uncommitted toll rates for pipeline operators, and reduce pipeline operating costs. Although AOT originally attracted the attention of pipeline operators motivated to improving their takeaway capacity during an historic surge in upstream output resulting from enhanced oil recovery techniques, the technology now represents what we believe to be the premiere solution for improving the profit margins of producers and transporters during today's economically challenging period of low spot prices and supply surplus.

JASON LANE: Chief Executive Officer and Chairman of the Board of the Company
Jason Lane is a veteran of the oil and gas industry with a 20-year track record of procuring and divesting of oil and gas leases, mineral and royalty interests and production in the lower 48 States through his own partnerships and joint ventures. His most recent large transaction includes lease divestitures to Halcon Resources (Woodbine) and Terrace Energy LLC (Woodbine). Previously, Mr. Lane sold Rocky Mountain prospects to Bill Barrett Corp as well as multiple prospects to Chesapeake Energy across East Texas. Additionally, Mr. Lane has operated and or participated in the drilling of wells in Texas, Louisiana, Montana, and Wyoming. He has been the lead on all of his partnerships since 2002, with partners ranging from family offices to hedge funds.

During his career, Mr. Lane has been directly involved in the leasing of over 650,000 prime acres for his partnerships. Also in the royalty field, he has sold multiple royalty packages to NGP portfolio companies, Noble Royalties and other companies and funds. Mr. Lane has also managed up to a 125 Landman operation which was responsible for title and lease acquisition work for several significant companies throughout the United States.

SHANNON RASMUSSEN: VP of Engineering
As co-founder and senior principal of Colorado-based energy consulting firm Citrine Energy, Mr. Rasmussen comes to QS Energy with nearly two decades of experience in the power and oil and gas sectors, with deep expertise in engineering design, project and program management, construction, compliance, and quality. Mr. Rasmussen comes into this new role at QS Energy with critical knowledge of AOT and its demonstrated ability to reduce the viscosity of crude oil -- helping operators increase flow volume, reduce reliance on diluents, relax viscosity requirements, and meet carbon emission reduction goals while decreasing operating costs and improving pipeline efficiency. As a consulting engineer for TransCanada in 2014, Mr. Rasmussen experienced AOT operations first hand; in a similar role for QS Energy over the past two years, he helped spearhead critical design and fabrication improvements that have resulted in significant gains in AOT operating efficiencies, while achieving stable operations on a high-volume high API crude oil pipeline. In addition to his recent on-site consulting with QS Energy, Mr. Rasmussen has served as a project - program manager and consultant for TransCanada Pipelines across a range of compliance-related projects including Keystone, Gulf Coast, KXL, and Energy East Pipelines. Mr. Rasmussen holds a B.S. in Mechanical Engineering from the Colorado School of Mines, is a registered Professional Engineer (PE), and a certified Project Management Professional (PMP). Mr. Rasmussen, along with his wife and three children, are looking forward to relocating to the Houston area.

GARY BUCHLER: Independent director, member of Audit Committee
Gary Buchler is Chief Operating Officer of the Natural Gas Pipeline business unit of Kinder Morgan, Inc. (NYSE: KMI) and operator of one of the largest interstate pipeline systems in the United States. With oversight of a combined annual expense/capital budget of $1.3 billion, Mr. Buchler is responsible for all Engineering, Operations, Environmental, Health and Safety (EHS), and Land Management functions for roughly 70,000 miles of transmission and gathering pipelines. Mr. Buchler is responsible for the day-to-day management of 3,900 employees, evaluation and oversight of expansion projects, and the evaluation of potential acquisitions. As Chief Operating Officer of the KM Gas Pipelines, Mr. Buchler has been instrumental in the acquisition and integration of more than $45 billion in pipeline assets at Kinder Morgan. Mr. Buchler has held various management positions at Kinder Morgan since 1979, including Vice-President Engineering/Operations Pipeline Group, Vice-President Eastern Pipeline Operations, Vice-President Engineering and Operations Kinder Morgan Gas Treating/Kinderhawk Field Services, and Director of Pipeline Integrity. He earned a Bachelor's Degree in Electrical Engineering from the University of Iowa and an MBA from the Keller Graduate School of Management.

DON DICKSON: Independent director
Mr. Dickson returned to Kinder Morgan after working for the company in their natural gas operations for 26 years during which time he served in various capacities including Director of Operations on two major pipeline projects: the 42” Rockies Mountain Express (REX) and the 42” Midcontinent Express Pipeline (MEP). In between his stints at Kinder Morgan, Mr. Dixon served as Chief Executive Officer for Advanced Pipeline Services (APS), which provided a full range of services to the oil and gas industry including new pipeline and facilities construction, horizontal directional drilling and pipeline integrity/rehabilitation. He also was Director of Operations at Tetra Resources where he completed various onshore and offshore oil and gas wells. He also served as a Senior Engineer with Halliburton Services. Mr. Dickson earned his B.S. in Engineering from Oklahoma State University.

THOMAS A. BUNDROS: Independent director
During his extensive career in the energy industry Mr. Bundros has served as chief financial officer and a senior level finance executive with a variety of entities in the oil and gas industry and public utilities sector. In addition to his tenure as Chief Financial Officer at Colonial Pipeline Company, the world’s largest pipeline operator transporting 100 million gallons of refined petroleum products daily across 5,500 miles of pipeline, Mr. Bundros held various financial positions in the Atlanta and New York offices of the Southern Company System, the 16th largest utility company in the world and the fourth largest in the U.S. with over 4 million customers in Alabama, Georgia, Florida, and Mississippi.

Mr. Bundros currently serves as the Chief Executive Officer for Dalton Utilities, a provider of electricity, natural gas, water and telecommunications services to the city of Dalton and portions of northwest Georgia. Mr. Bundros earned his Master of Business Administration in Finance and Bachelor of Science in Economics and Business Administration at the University of North Carolina at Greensboro.

ERIC BUNTING: Independent director
Eric Bunting, M.D. is a board-certified Ear, Nose, and Throat physician, and he is an owner and partner in an independent specialty group.  This group has partnered with Wichita Surgical Specialist (“WSS”), which remains one of the country’s largest surgical multispecialty groups.  Dr. Bunting has been on the board of directors of WSS for the last 10 years.  Dr. Bunting graduated from Kansas University School of Medicine and subsequently received specialty training at Kansas University Medical Center.

Dr. Bunting has many diverse business and entrepreneurial interests.  Dr. Bunting has an interest in early startup companies and franchising opportunities. He is an owner and partner in approximately 40 fast-casual restaurant franchises in 10 states.  He has board of director experience in the health care industry with multiple ambulatory surgical centers and a radiation center.  Dr. Bunting has been an integral part of these boards through merger and acquisition periods.  Other interests are in the wine and spirits industry where Dr. Bunting has been involved in a successful spirit start-up, which is poised for an acquisition opportunity.  Dr. Bunting has other ongoing active business investments in the evolving internet artificial intelligence industry, as it relates to marketing and advertising.

Dr. Bunting has been an investor in the Company, acquiring a significant number of shares over the last four years.  During this period, he has been and will remain an unbiased shareholder advocate looking forward to commercialization, deployment, and eventual profitability for the Company.

RICHARD MUNN: Independent director
Richard W. Munn is one of the top players in the royalty and mineral arena as demonstrated over the last 15 years with 39 years of industry experience. Of note, he managed the royalty acquisition teams at Noble Royalties and other companies, closing on the acquisition of approximately $450 million worth of Royalty and Mineral Interests involving over 50 separate transactions. Mr. Munn has a solid reputation and extensive relationships with private and public U.S.-based energy producers and mineral holders. He has also managed his own exploration and production companies. From 2005 to 2007, Mr. Munn chaired the IPAA Business Development Committee and from 2007 to 2009, he chaired the IPAA Business Development/ Membership Committee. From 2005 to 2007, Mr. Munn chaired the Society of Petroleum Engineers Business Development Committee. In addition, to his network of oil and gas industry relationships, Mr. Munn is a licensed registered professional geologist in Wyoming with a B.A. in Geology from the University of Colorado.

Review Form-3 and Form-4 filings to find the original documents showing these purchases. 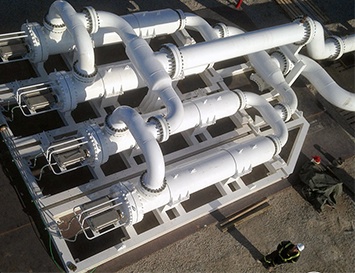 4
Oil companies on every continent

3
Not true. I see the shorts in

3
I believe the PROVEN AOT is a game

3
Wow, just as I predicted, no link to

3
Several years ago I got tired of reading

2
The License Agreements are exclusive, and the territory

4
Oil companies on every continent

3
Not true. I see the shorts in

3
I believe the PROVEN AOT is a game

3
QSEP is up over 800% off the lows.
View More
New Post
You must be logged in to give a plus1 award.
Get FREE PlusOneCoins!