Premium Featured gets you a step above: Your logo + Your Headline + Your Ticker + Our Audience = Perfection.
Older Newer

Ross’ Gold™ is an international super-brand founded by Olympic Gold Medal winner Ross Rebagliati who is a spokesperson for the benefits of medical cannabis, especially as it relates to sports training, injuries, pain management and stress.  The Company sells cannabis in Canada by licensing its established brand through partnerships for medical cannabis strains in their flagship store and online.  The Company sells several other cannabis products including shatter and oils for vaping.  Ross’ Gold™ brands are also transferable to recreational marijuana, expected to happen in Canada sometime in the next 18 months.

Ross Rebagliati and Ross’ Gold™ have been featured and continue to be featured in the media on television and print including VICE, The Washington Post, USA Today, High Times, NBC, CBC, CNN, Yahoo Sports, Die Welt, CTV, The Toronto Star, The Denver Times, Sports Illustrated, The Pique, Leafly.com, Whistler Question, NORML, Huffington Post, Transworld Snowboarding, The Daily Telegraph, and more.  The Company is under a pre-development contract with a major production company for a television series tentatively titled Ross’ Gold, and there is a full-length feature film in development.

At Ross' Gold™, we champion medicinal cannabis use in a responsible healthy fashion and promote its benefits to the athlete in all of us.

The Company’s business model is one of a licensing or branding venture.  Third party manufactures and distributors pay a percentage of their sales as licensing fees.  In return, Ross’ Gold provides access to an established brand that could take a company some tens of millions of dollars to reproduce, and we provide ongoing marketing support and credibility.

Unlike other celebrity brands, Ross’ Gold comes from health and well-being rather than solely recreational.  The cachet of Snoop Dog, Cheech & Chong and Willy Nelson as examples, are derived from the culture of ‘smoking weed’.  These brands appeal to a specific segment of the recreational population, but may not serve the high growth medical cannabis use or new demographics becoming aware of cannabis for the first time.
As cannabis becomes more and more accepted, consumers want a brand that appeals to their values.  Ross’ Gold denotes health, and well-being over just being stoned.  Ross’ Gold is a craft beer or cabernet versus the tequila shot mentality of some of the other brands now coming into play.   So do these brands compete with ours?  No.  What they do is legitimize our business model and provide an endorsement of the importance of celebrity branding.

Just three years ago, men were nearly 50% more likely to smoke pot than women. But as the political and social stigma against cannabis continues to fall, you’ll see more ladies shopping for marijuana and related products.  As a father of three children in a happy marriage, Ross Rebagliati promotes his family life through social media regularly and happily includes his family at media events.  This wide brand appeal crosses a wide section of society, and continues to grow.

The company has value in “Earned Media Value or Advertising Value Equivalency” which refers to publicity gained through promotional efforts other than advertising, as opposed to paid media, which refers to publicity gained through advertising".  This gives an approximate value for particular media coverage by equating media coverage with advertising in the same outlet and calculates how much an ad of the same size/length would cost to appear or air in the same place.

The management produced and unaudited earned media value of the Company is about $5 million dollars per annum.   It is this value that helps the Company value its brand and negotiate licensing deals.

Two of our favorites are VICE https://www.youtube.com/watch?v=RqPjJ6_9kps and CNN http://www.cnn.com/videos/sports/2014/02/11/pkg-qureshi-ross-rebagliati.cnn

Ross’ Gold™ has instant brand-name recognition, talent and a broad base of cannabis users who have been following its story making it the number one brand in North America.  It’s ever increasing retail shelf space dedicated to its brands is increasing the value of the brand daily, and with full recreational legalization around the corner, Ross’ Gold™ will be the number one brand of everything Marijuana in North America and Europe. 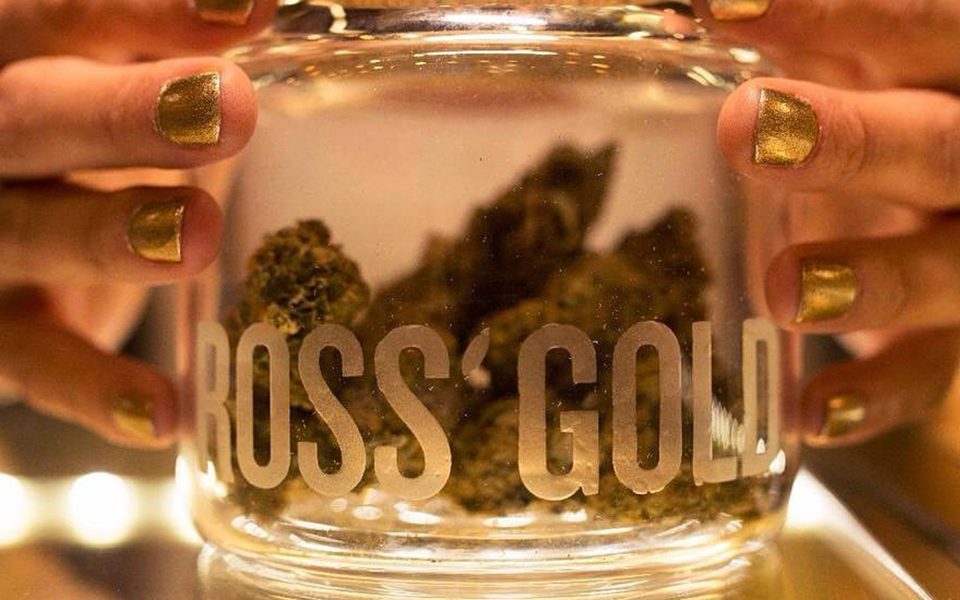